From our short ride in the 2017 Chevrolet Colorado ZR2, it’s clear the brand has built something quite capable. It’s been a long time coming since a proper off-roader found its way to a General Motors’ branded dealership since Hummer was sent to the automotive graveyard in 2009.

But, off-road enthusiasts can take solace in the Colorado ZR2, especially after we found out Chevrolet assembled a pretty incredible team to engineer the truck. Upon the project receiving a green light, former Hummer engineers were called back to duty from across GM brands. The result is the truck we have today.

We sat down with Todd Hubbard, a ZR2 program engineer who described himself as an off-road subject matter expert from Hummer days, and discussed how Hummer’s glory days influenced the engineering team’s goals. The following interview has been condensed for length.

GM Authority:  We wanted to talk to someone from the former Hummer program, because it seems like it’s been a long time coming – for a vehicle like this to come back into the fold, in some way, shape, or form – one way or another. So, when the program was first being talked about –

Todd Hubbard: Yes, a couple of years ago.

GMA: How did the vetting process go to see which engineer got to be on this program?

TH: Well a lot of it was the base Colorado engineers [who] continued on the ZR2 program, but then there was also still some expertise within the corporation from the Hummer days. Myself – I was brought in as a subject matter expert for off-road and I took the team to Moab, to the Rubicon Trail because I had been there so much with Hummer, and I kind of knew, based on the expectations of the vehicle, what trails to run, what expectations to have, and I was also able to provide feedback [in order] to make sure that the ZR2 was heading in the right direction.
Like I explained earlier, that was my main contribution, and it revolved more around the rock crawling because that was really the purpose of the H3 – not a high-speed vehicle, more of a mobility ‘get where you need to go’.

Then we also brought in Bryan Kudela from a company called Light Racing. He’s been involved with desert running, desert racing, for 30 years, back when he was in college he was doing baja stuff. He really handled the high-speed part of it, because that was his expertise.

Then Brad Schreiber, the Ride & Handling engineer, he knows the ins-and-outs, the sensitivities of the vehicle, and so he concentrated a lot on the on-road dynamics of the truck, and then also did the specific damper tuning at our new course out in Yuma. Brad spent a lot of time, Bryan came in and they constructed a whole course and they worked together to tune the dampers for higher speed stuff.

So that’s kind of how all [of] the pieces fit together, to bring the team together. Also Darren Bohne who was the program engineering manager. His first assignment with GM was on the H2 program, so he had exposure, he kind of knew what was to be expected. We had some ‘Aha!’ Moments – one at Moab where we used to bring the H3 teams, [now] we have a different vehicle and all of a sudden it’s all like… man, [the H3] was more of a pain in the ass getting through the Moab Rim trails than the Colorados. 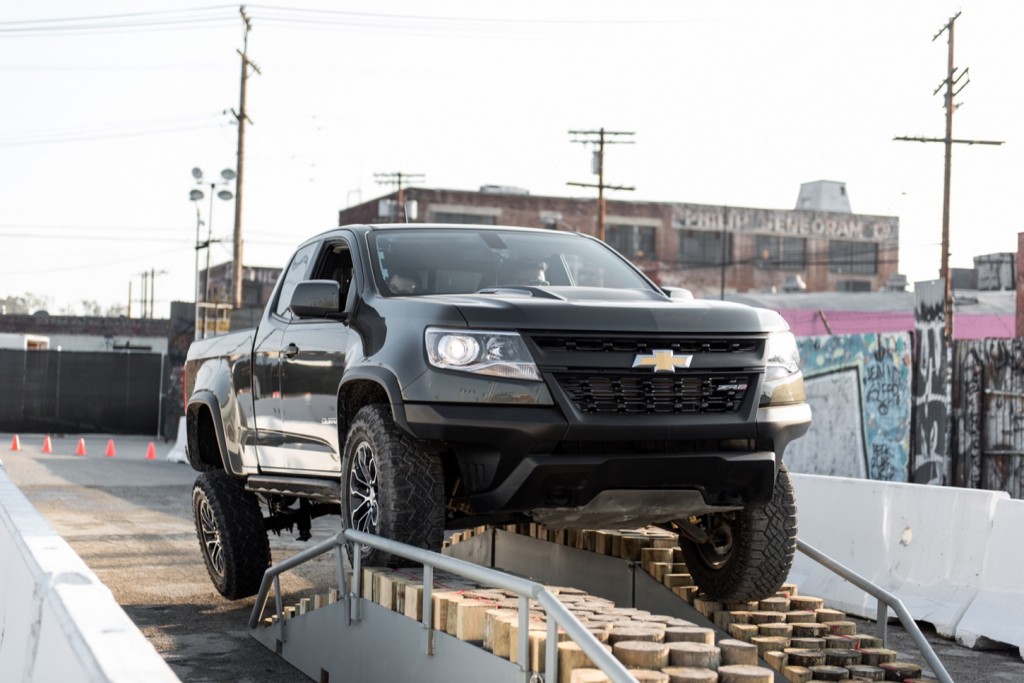 GMA: I remember us going up that hill, I remember you saying it was a 60 percent grade – that number resonated with me because that was the old Hummers’ claim to fame. They were the only SUVs or trucks that could climb 60 percent.

TH: That’s exactly why that requirement was set. We basically took the requirements for Hummer, and that was the framework for the ZR2. So, everything that we asked that Hummer to do, we’re asking of the ZR2. We’ve completely validated everything we set out to do, and, to be honest, we didn’t actually expect it to – we were targeting a slightly lower grade off-road trail, like the class 3 trail, but we’re running class 4 trails, we’re running Moab Rim, Poison Spider, Cane Creek, those are solid class 4 trails that the truck is – we were all greatly impressed, and it exceeded our expectations on a 31-inch tire.

The H3 had a 33-inch tire, and so this is doing everything the Hummer was on a slightly smaller tire, which, to be honest, we think that tire is part of the balanced approach; It gives it the on-road dynamics. When you get a chance it’s a pleasure to drive. It drives as well as the pace, it has very good on-center precision, it’s not harsh, it’s very comfortable. I think it’s as comfortable as the Z71 or even the base truck. I prefer the ride a little bit just because it has such dynamics. 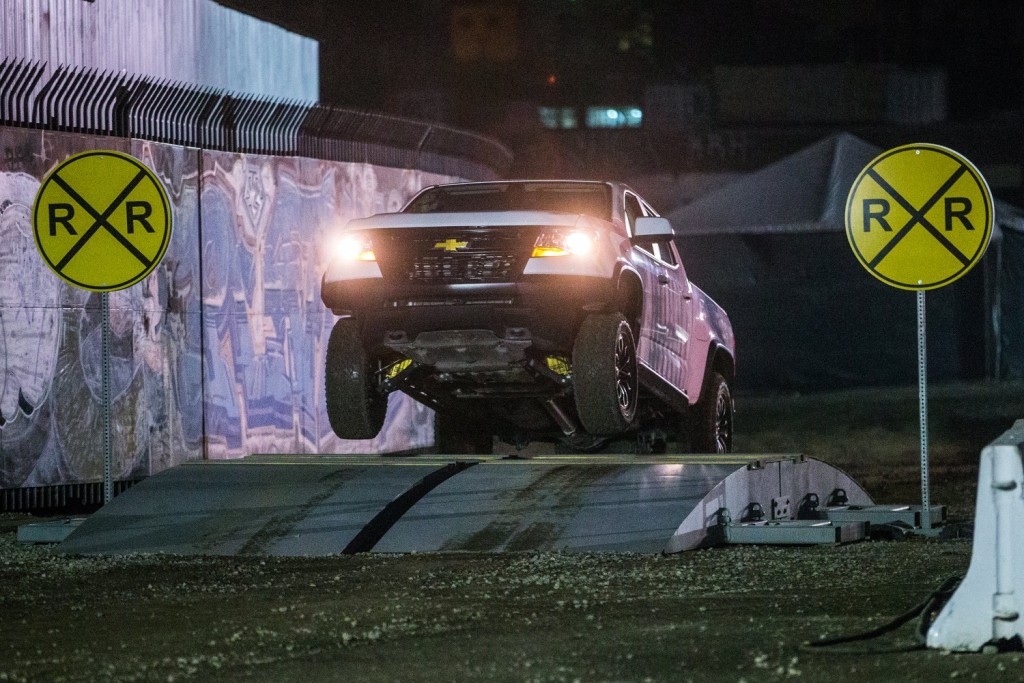 GMA: Regarding Hummer and what this truck means, do you think there’s been a spark in the team? Does everyone kind of see the light a little bit?

TH: Everyone gets it. We’ve had to bring directors out, and Mark Dickens, the director for [Performance Parts and Motorsports Engineering] said he never realized he could have this much fun at 5 mph, and he loves it. He’s in his element out there, he’s a driving force.

If we thought that we compromised or that we needed additional horsepower, we need this feature, we need this functionality, the whole team from Anita Burke to Mark backed us the whole way. They weren’t hands off, but they allowed the engineers to really build the truck we knew it needed to be. They only supported us, there was never, “oh we can’t afford that,” or, “we don’t want to do this,” we never had those types of discussions. It was always very performance-focused from the beginning. 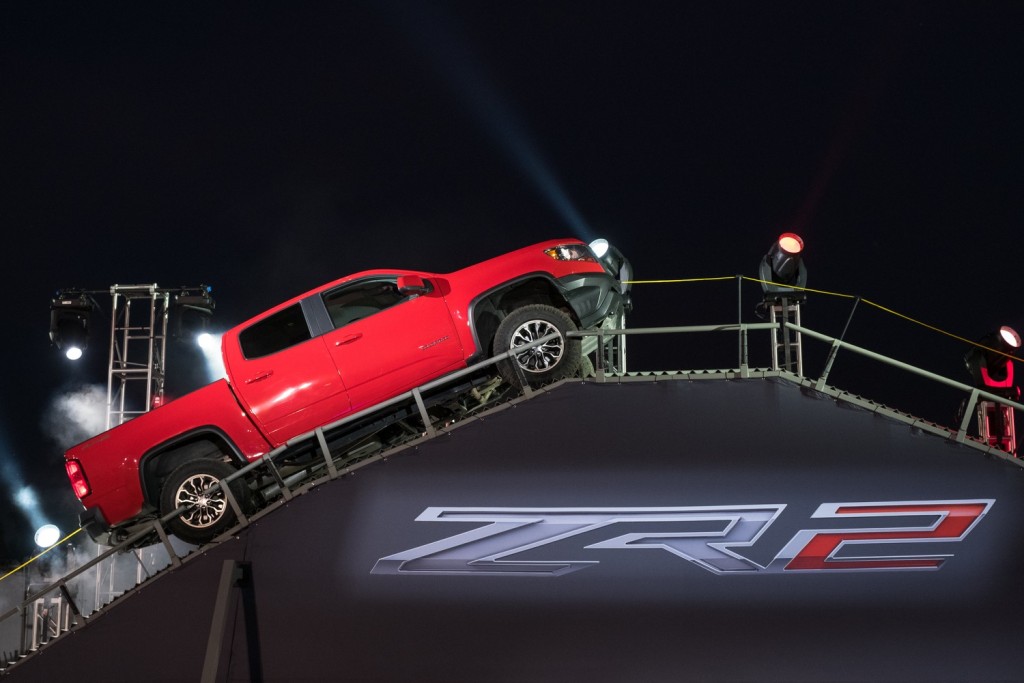