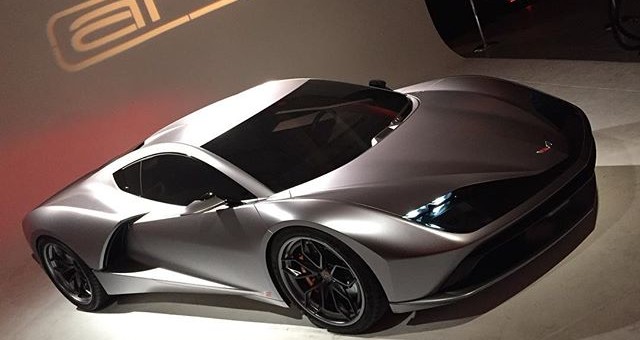 It is perhaps one of the industry’s worst kept secrets that a mid-engine Corvette is likely on its way. But, it’s not here… yet. That didn’t stop Aria from imagining what the future could hold, though.

Aria, responsible for building many concept vehicles for numerous automakers, revealed its take on a mid-engined Corvette and it certainly does look palatable. Aria stated it took great care as to not actually step on the Corvette’s toes and embark on a legal battle with General Motors but still imagined what a vehicle of this stature could look like.

“We’re great friends with the folks at GM, and they know that we are doing this,” said Aria’s other co-founder, Clive Hawkins. He felt there shouldn’t be an issue, evening changing the iconic Corvette badge to avoid infringement.

The concept does not feature an interior and it currently has nothing powering it. Instead, it simply evokes a design and allows the sheet metal to do the talking.

It may be a concept, but the company is considering production if there’s enough interest. Aria stated it could install a Corvette engine in the midsection with ease.

If this does occur, a production project is 18 months out at the earliest. The price tag? Estimated at $200,000 to $1,000,000. This also assuming GM’s legal department doesn’t shoot the project down altogether. Because it’s highly probable that GM has its official mid-engine Corvette coming, after all.