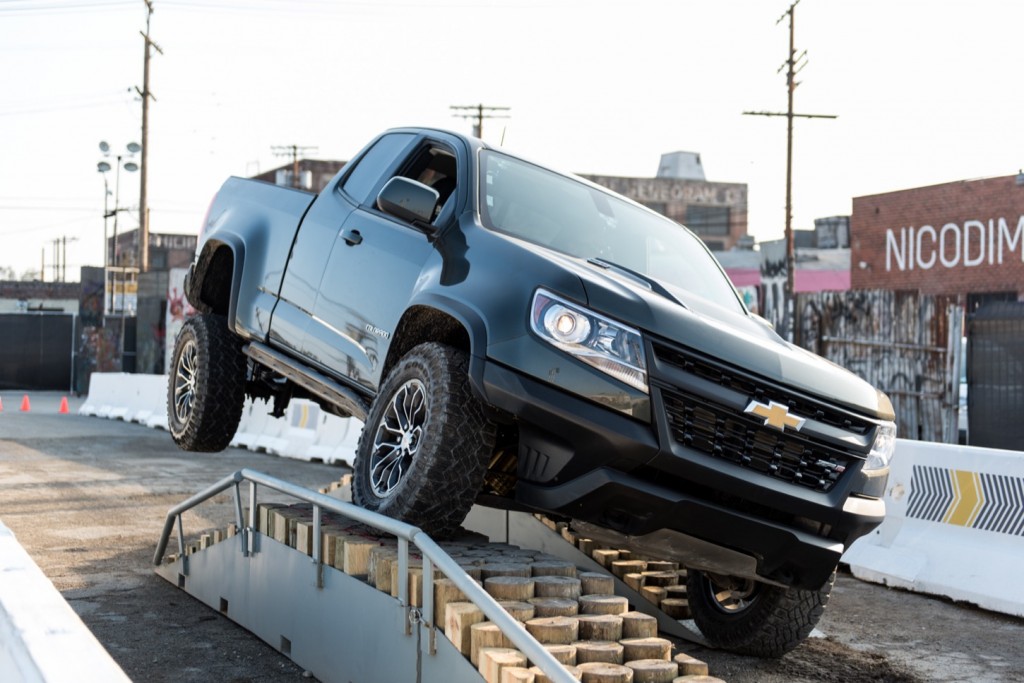 Traditionally, it hasn’t been in Chevrolet’s wheelhouse to build a performance truck with the capabilities found in the 2017 Chevrolet Colorado ZR2. We’ve seen some aggressive styling and wheel/tire packages before, but nothing like this. Hummer, sure, but not Chevy.

For the speed enthusiasts among us, trucks designed to trudge through the woods or climbing rocks at climbing speed may not seem like much of a thrill. To that we can only say this: Don’t knock it ’til you try it.

It’s a bit of a white-knuckle experience to ride shotgun up a 60-percent grade hill, traction breaking, and nothing but safety posts on either side to catch the truck, should anything truly go wrong. Should they yield under the weight of a pickup truck, we would be writing an obituary instead of our impressions. Not unlike a high-speed track day gone wrong.

Thankfully, we’re safe and sound, writing from the comfort of a neighborhood cafe somewhere in the sprawling labyrinth of Los Angeles. 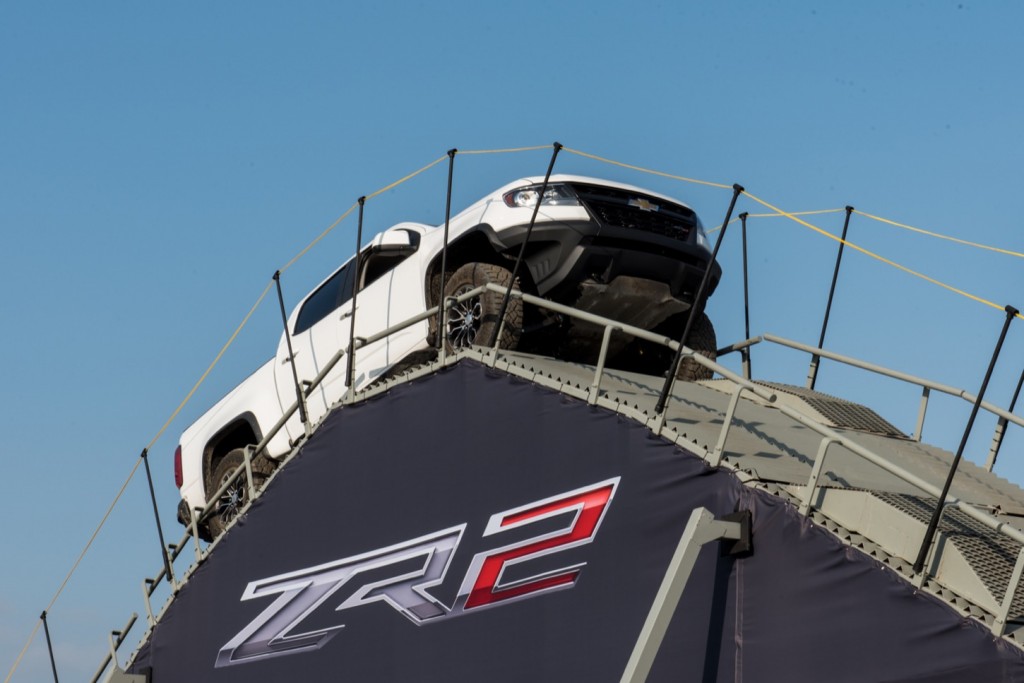 In the video, our own Sam McEachern experiences just a touch of the capabilities that the 2017 Chevrolet Colorado ZR2 can provide. The obstacle course began with undulating bumps and then a jump disguised as a railroad crossing with a hard landing – both exercises demonstrated why Chevrolet went with the Multimatic DSSV dampers. Then came a 60-percent grade climb demonstrating the abilities of the locking differentials and gearing calibrations. Waiting on the other side was a “Raptor pinch” highlighting its midsize proportions, followed by frame-twisting offset ramps that cocks the rear right tire roughly three feet off the ground.

At the end of the experience, we were left impressed at what Chevrolet built: a jack-of-all-trades off-road pickup truck that is bound to hit both Ford and Jeep right in the mouth with what it can do. We can’t wait to get our turn behind the wheel in more finalized versions of the 2017 Colorado ZR2 when it launches in the springtime of next year.