Wall Street analysts polled by Thomson Reuters expect the automaker to post an average earnings of $1.44 per share, down slightly from the $1.50 per share that firm earned in the third quarter of 2015. The sentiment is based on slower U.S. auto sales.

Here’s what to watch for during tomorrow’s earnings, which we will cover right here on GM Authority:

North America division is by far GM’s biggest and most profitable operating unit, making up over 80 percent of the company’s revenue and profits. Accounting for over 90 percent of GM North America sales volume and earnings is the United States market as a result of highly-profitable pickup trucks and SUVs. 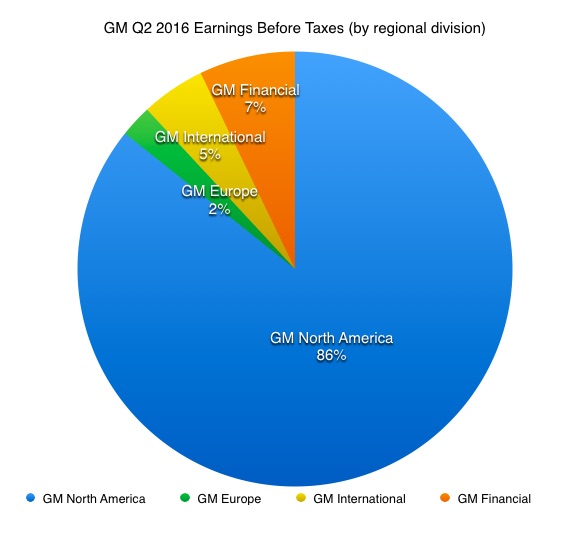 During the quarter, GM’s cumulative U.S. sales decreased 2.6 percent compared to what was a very strong Q3 2015. The decrease in overall sales volume is the result of a planned reduction in sales to rental fleets — a strategy undertaken by GM to boost profitability and resale value of its vehicles. Meanwhile, GM’s retail deliveries were roughly flat on a year-over-year basis.

Cumulative sales of GM’s key profit drivers — the Chevrolet Silverado and GMC Sierra full-size pickup trucks — were down slightly in Q3 2016 compared to the year-ago quarter. However, pricing of the bread-and-butter vehicles remained strong. Making up for the slight drop in full-size truck sales volume is the continued growth seen by the Chevrolet Colorado and GMC Canyon mid-size pickup trucks.

Other key components of GM’s profitability are expected to remain steady: sales of highly-profitable full-size SUVs such as the Chevrolet Tahoe and Suburban, GMC Yukon and Yukon XL, as well as the Cadillac Escalade and Escalade ESV, continued to be steady. Cadillac sales grew 2.8 percent driven by new XT5 midsize luxury crossover and CT6 full-size prestige luxury sedan, with the latter continuing to drive up the brand’s transaction prices.

In all, GM North America is expected to deliver strong earrings, but the future might not be so bright as rumblings surrounding an upcoming economic slow-down are putting a damper on industry optimism. Earlier in the year, GM’s cross-town rival Ford Motor Company, announced that its full-year guidance is at risk and that it expects 2017 results to dip. GM doesn’t appear to be bother much by the news, as the automaker continues to envision an optimistic sales and profitability outlook. In fact, The General is working to increase production of key vehicles in expectations of sustained demand in 2017.

Along with its joint venture partners, GM sells more vehicles on a volume basis in China than it does in any other market in the world. The automaker saw sale volume grow during the third quarter thanks to key products like the Buick Envision and Baojun 560 crossovers. Even so, GM shares its profits with said partners, which decreases overall profitability from China-based operations.

In the second quarter of 2016, GMIO — the division that includes incorporates China, Australia, and the ASEAN markets — accounted for roughly 5 percent of GM’s total earnings before tax.

There is also uncertainty surrounding an ongoing tax incentive in China that some believe has pulled vehicle purchases forward from next year, thereby having a potentially slowing impact on 2017 sales.

Having lost money for over a decade, GM’s European division has been making strides to break even and return to profitability. The efforts are bearing fruit thanks to a successful restructuring and increases in sales volume. In fact, the division is well on its way to posting its first full year of profitability.

But Brexit — the U.K.’s recent vote to exit the European Union — could have negatively impact those plans.

Last quarter, GM CFO Chuck Stevens said that adverse currency shifts following the Brexit vote could unfavorably impact GM’s pre-tax earnings by as much as $400 million for the rest of calendar and fiscal 2016 in the region.

Stay tuned to GM Authority on Tuesday, October 24th as we bring you live coverage of GM earnings for Q3 2016.