The sixth-generation Chevrolet Camaro has become a shock and awe scenario with what it is capable of from the factory, and many tuners and performance houses have already pushed the limits with simple bolt-ons for even greater results. However, Chevrolet has revealed it has a dedication of its own to conquer the quarter-mile.

The brand has revealed its Camaro SS Drag Race Development Program, alongside two prototype Camaros, to showcase its efforts and commitments to racers. The overarching goal of the program is to develop durable, high-performance parts for the sixth-generation Camaro, which come straight from the brand itself.

To do this, engineers created the test vehicles seen above. They both utilize the same 6.2-liter LT1 V8 engine, but boast significant upgrades and modifications. Chevrolet has swapped the differential for a higher ratio, installed a heads and cam package and continues to test a high-stall torque converter for greater launch capability.

These modifications have sent power upwards from 415 hp at stock configuration, to 600 hp. 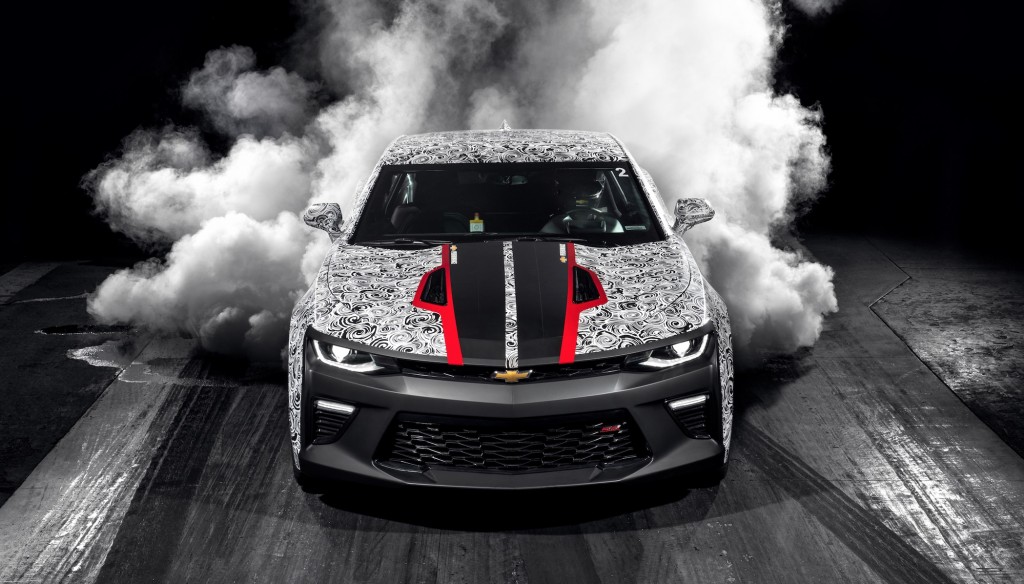 To support the power, engineers dug into the sixth and fifth-generation Camaro ZL1 parts bin, including half-shafts and prop shaft. The Chevrolet Performance driveline upgrade with a 250mm, 3.73-geared rear-axle center section, was also cherry-picked to complete necessary upgrades. Engineers have nicknamed it the “Gravedigger” because, simply, they have been unable to break it.

Furthermore, the prototype cars wear DOT-approved racing slicks with 16-inch racing wheels. Hiding behind the wheels is a small-brake kit, too, developed to fit inside the test car’s wheels.

Mark Dickens, director, Performance Variants, Parts and Motorsports Engineering, stated the program is still well under development, but the brand is serious about offering drag-racing packages in the future for the sixth-generation Camaro. That means you may see some of the goodies mentioned here in a convenient bundle of joy.

“As we continue to develop the car, we’ll be listening intently to customers’ reactions to it and what they believe would help them the most on the drag strip. This is only the beginning.”