Chevrolet scored a winner when it revealed the 2016 Chevrolet Silverado Realtree Bone Collector concept at the 2015 SEMA Show. For 2016, it’s bringing another Silverado in the same vein.

The 2017 Chevrolet Silverado 2500 HD Carhartt concept brings in the durability of Chevy trucks and the hardworking, long-lasting mentality that has surrounded Carhartt for decades.

“Chevrolet HD trucks are designed for hard work, and just like your favorite Carhartt, their functionality transcends the workplace to become a style statement,” said Sandor Piszar, Chevrolet Truck marketing director. “This concept vehicle mirrors the lifestyles of countless Chevy truck owners, demonstrating the personal connections with the tools of their trades.”

When Chevrolet approached Carhartt about the topic of a concept vehicle, both brands stated it become clear the ideals were very similar.

“Thousands of people go to work every day and earn their paycheck in a Chevy truck while wearing a Carhartt,” said Piszar. “Those products’ durability and versatility earn respect and loyalty that’s passed on — and that’s exactly what this concept explores.”

Signature Carhartt material and style is present throughout the interior of the 2017 Silverado 2500 HD. The cabin begins life in Jet Black but features Carhartt’s signature duck brown garment material on the seats, armrests and door panel inserts, with triple-stitched seams just like the jackets.

The Carhartt logo is also laser-etched on the headrests. Finally, antique nickel trim offers just the right amount of contrast to the cabin on the doors, center console and instrument panel. 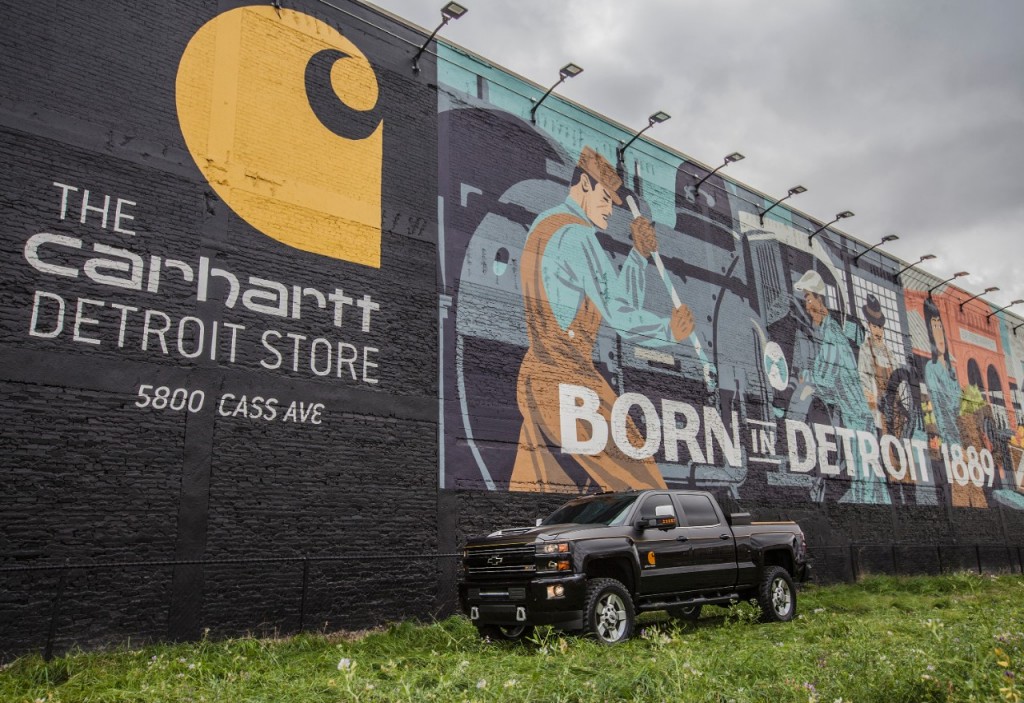 Carhartt material can be found on the exterior, too. Chevrolet tapped the work clothing maker for tough fabric to encompass the tonneau cover. A Carhartt gold pinstripe graphic subtly announces the concept’s inspiration along both sides of the truck, while similar antique nickel accents can be found on the grille, 20-inch wheels, mirror caps and tow rings.

Additionally, a host of Chevrolet accessories and concept parts adorn the 2017 Silverado 2500 HD Carhartt concept. They include: