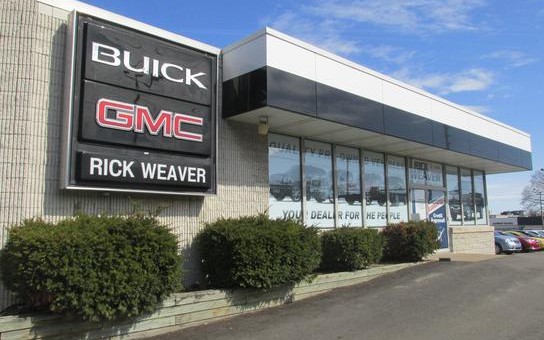 A federal grand jury has indicted three men and a General Motors dealership in western Pennsylvania for wire fraud over bogus loan applications worth nearly $650,000.

Court documents state that between May 2015 and march 2016, Rick Weaver Buick GMC Inc., Adam Weaver, Douglas Grooms and Adam Coover “knowingly, willfully and unlawfully conspired and agreed together to commit the crime of wire fraud”.

As originally reported by Erie News, the 12-count indictment was released on September 13th in the U.S. District Court for the Western District of Pennsylvania. Rick Weaver Buick GMC is located in Erie, Pennsylvania. Adam Weaver was the majority owner of the dealership, Douglas Grooms was its general manager, and Adam Coover was the majority owner of Infinity Automotive and Infinity Transport.

According to court documents, Coover — the owner of the transport firm — used two straw individuals to purchase vehicles that would stay in his possession via Infinity Automotive and Infinity Transport. The straw individuals would sign the purchase and loan contracts, which had already been prepared prior to their arrival at the dealership, and which was processed and finalized by the store’s employees, as directed by Adam Weaver (the dealer principal) and Grooms (the dealer general manager).

Knowing that the claims and representations were untrue and fraudulent, the two submitted loan applications to various financial institutions and vehicle loan firms using the dealership’s computer systems, said the court documents. The defendants had also concealed and omitted material facts from vehicle loan applications for the straw individuals. Court documents further state that vehicle sales to the straw individuals with corresponding loans totaled $649,824.44, with an extra $320,727 in vehicle purchases not completed because financial institutions refused to provide a loan after the application was submitted.

If convicted, the defendants could face penalties of up to 30 years in prison plus a fine in the amount of $1 million. It’s unclear whether a conviction could be grounds for termination of the dealership franchise license agreement with General Motors.

Court documents show that in July, he pleaded guilty to a single count of conspiracy to commit wire fraud in a previous incident. The ruling resulted in a two-year sentence and ordered him to pay restitution of $485,800.

And in a separate fraud scheme case, Adam Coover and Brian A. Vergotz were named as co-defendants. Court documents state that from May 2015 until March 2016, the two men used straw individuals to purchase vehicles from Vergotz, a car salesman. The documents say that the men made false and fraudulent claims and representations on behalf of the straw individuals’ vehicle purchases as well as loan applications to various financial institutions and loan providers.

The purported scheme totaled in vehicle sales and loans by Vergotiz totaling $539,671.61. Charges associated with the wire fraud could result in a maximum 30-year person sentence and a fine in the amount of $1 million.