The Maloo. Following appearances on the BBC’s Top Gear, and placements in American pop culture, the high-performance ute gained a strange niche love affair in the United States and abroad.

However, the ute is a thoroughbred Australian vehicle, first produced by Ford Australia decades ago. It wasn’t until the 1950s when Holden would have its first answer to Ford’s ute: the 48-215 Utility. It instantly became a staple for Australian utility vehicles.

Flash forward to present day, and the idea is much the same. However, the bonkers people at HSV, Holden Special Vehicles, decided to begin producing hopped up Holden utes in the 1990s. This led to the birth of the Maloo.

Former HSV boss John Crennan professed his love affair with the Chevrolet El Camino as a child and stated his goal was to create an El Camino for HSV. That became the Maloo.

In preparation, the Maloo name was chosen from a list of Australian aboriginal names, translating to “Thunder”. Crennan thought it absolutely suited the character HSV was working towards with the vehicle.

It was an incredible success. The Maloo received the typical V8 power upgrades and plenty of showy bits to hit home this was not a typical Holden ute. In fact, the Maloo became so successful that HSV seriously considered spinning the “Maloo” name off into its own brand. A niche within a niche, effectively.

Crennan described the idea in Holden: Our Car, a historical book presenting a timeline of the rise and fall of Holden operations.

“One of my recommendations was I wanted us to have a Maloo car company,” he said. “I thought the ability to build that base was another niche within the niche.”

It probably would have happened, too, except for the fact that the idea came about just as HSV’s parent company, TWR, entered receivership in 2002. The receivership put HSV into a tough spot and the future of the brand’s operations became hazy; the idea was shelved for good. 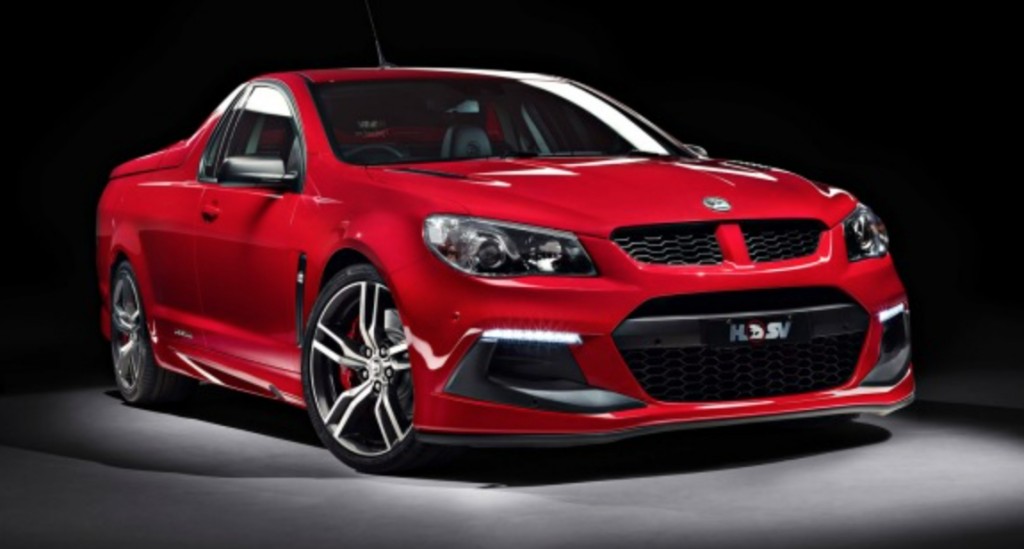 And now, Holden and HSV arrive at a crossroads where they must wave goodbye to an iconic Australian motoring vehicle with decades of service under its belt. As Holden wraps up local manufacturing, there is no slated replacement for the ute bodystyle.

But you’d better believe HSV will have something very special for the beloved ute as it rides off into the sunset.