Looking like something straight out of Bungie’s original Halo video game series, the Chevrolet Colorado ZH2 was revealed with a state-of-the-art fuel cell power system exclusively for the U.S. Army.

the U.S. Army will take possession of the Chevy Colorado ZH2 later next year for one year of intense field operations to study how fuel cell vehicles can benefit the military’s fleet. But, we’re not here to talk about the vehicle’s specs, we’re here to discuss its design in today’s Hot or Not. If you do want the specs, check those out here, though. 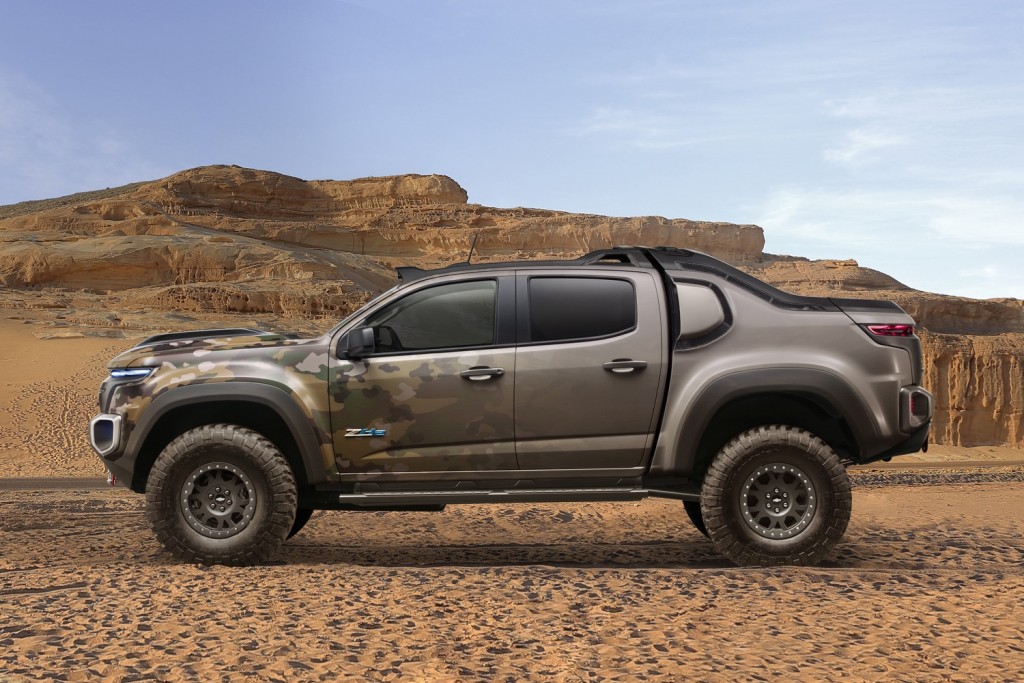 First thing is first: this is a big truck. The Colorado ZH2 stands six and a half feet tall and seven feet wide, with help from 37-inch tires and a unique suspension setup to cement its aggressive stance. The Colorado ZH2 takes an unfamiliar face with Chevy trucks, however.

Gone are the wide-eyed headlamps in exchange for slim, presumably LED, headlights with a similarly slimmed up Chevrolet split grille. In the rear, a rounder rear fascia and slim taillamps are also present. We’d say it looks just future-forward enough without looking inappropriately futuristic.

Not to mention, the sand camouflage and dusty paint hue look really good on this beast.

The Chevrolet Colorado ZH2 has zero chances of falling into the public’s lap, but who knows, it could preview future Chevy truck design. And with that statement, we will turn it to you. Vote in our poll and talk to us in the comment section on the U.S. Army’s new toy.