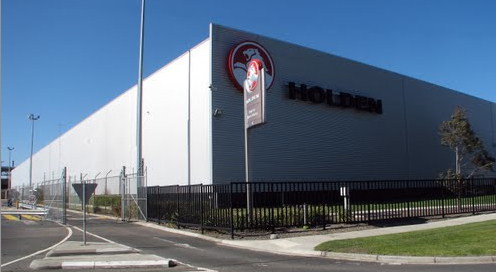 There’s an underlying, optimistic tone among some Holden employees who are beginning to plan their future post-Holden manufacturing. For some, the Elizabeth plant has been all they’ve known. Still, that isn’t stopping them from rallying around the potential of a bright future.

ABC News AU reports on two current workers who have their sights set on greater things following their unavoidable redundancies. Mike Boshane took his redundancy and is now working for an air conditioning company in Adelaide, while Kane Butterfield sees enormous opportunity.

“I’ve thought a lot about the sort of things I could do after I leave Holden,” Butterfield said.

“You know, different sort of businesses that I could start, maybe a franchise in gardening or something like that, I’m just going sit it out with Holden to the end and take it from there.”

1,400 workers will be left jobless when manufacturing ceases at the Elizabeth plant, but growing sectors in healthcare, defense, horticulture and agriculture are all seeking new employees.

Specifically, across the road from Holden’s future defunct site sits Levett Engineering, and it’s eager to bring on skilled workers from the Holden plant. The company has most recently won contracts to make parts for Australia’s new F-35 Strike Fighter fast jets being manufactured in the United States.

“We obviously can’t take them all because we are only a small company, but hopefully there will be someone in there that we can then transition from automotive to what we do in defense aerospace,” Chief executive officer Paul Levett said.

Meanwhile, the South Australian government has continued to finalize plans for a new $10 billion land contracts to build a new manufacturing site to house military and defense manufacturing, specifically for the Royal Australian Air Force.