Just recently, Chevy aligned RS to represent more sporty appearance on the Cruze, Sonic, and Camaro. Notably absent from that list is the all-new, 2016 Chevy Malibu sedan — a great-looking vehicle that simply deserves an RS appearance pack of its own.

Just imagine a ninth-generation Malibu RS wearing a sporty yet elegant body kit, rear spoiler, and a nice set of five-spoke wheels (wrapped in either summer or all-season rubber) on the outside, along with a sporty steering wheel and shift knob on the inside. And, of course, RS badging would be an expected sight on the body and in the cabin, to boot. 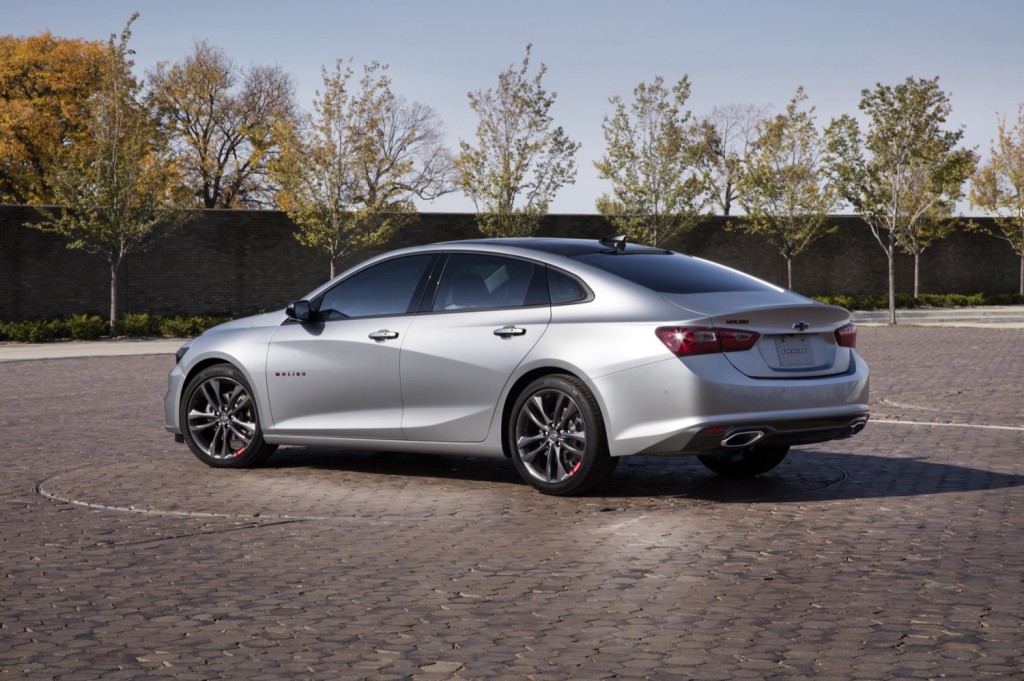 At SEMA last year, Chevy unveiled the Malibu Red Line Concept that subtly hinted at such a package, but despite rumors of production intentions, not much appears to have come from the effort. Recently, though, we learned that the 2017 Chevy Malibu got a new Sport Package that includes 18-inch wheels with summer tires and leather-wrapped 3-spoke steering wheel and shift-knob. Though better than nothing, the package leaves several desirable features out of the equation.

To be clear, a Chevy Malibu RS would by no means represent a rival of the 325-horsepower Ford Fusion Sport V6. It would, however, represent an extension of the RS appearance brand that improves on the already-great looks of the new Malibu, catering to those customers who want more style in their midsize sedan, something that Kia has been doing to great success with its Optima lineup. In addition, a Malibu RS package would also boost Chevy’s profit margins on the Malibu. Seems like a win-win to us, wouldn’t you agree? Talk to us in the comments.