Last week, BMW unveiled its all-new, 2017 5 Series Sedan. The new midsize prestige-sport-luxury sedan will take on segment rivals such as the Mercedes-Benz E-Class, Audi A6 family, the Lexus GS, and the Cadillac CTS, as well as its next-generation successor that’s believed to adopt the Cadillac CT5 nomenclature.

During the unveiling, not only did BMW emphasize the new model’s redesigned architecture, powertrain, driving dynamics and performance, but the Bavarian automaker also made it a point to highlight the model’s various technology features, including assistive driving and in-vehicle tech, the most notable being the first shipping iteration of wireless Apple CarPlay. In other words, BMW beat everyone else — including General Motors — to the punch in offering a cord-free CarPlay experience, no longer requiring an Apple Lightning cable to take advantage of the advanced phone integration feature set. 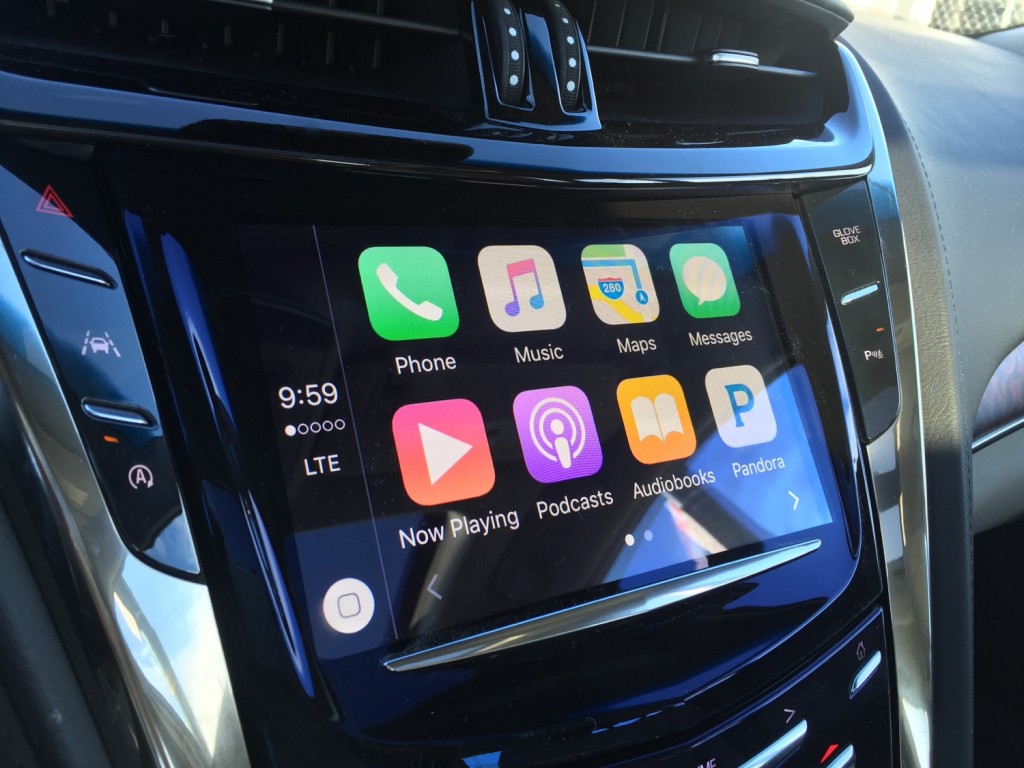 Apple CarPlay in a 2016 Cadillac CTS

“And smartphone integration has been further improved – from Apple CarPlay (which, in a first for a carmaker, has been incorporated fully wirelessly), to inductive phone charging and the WiFi hotspot for up to ten devices,” BMW started in its press release.

CarPlay works via BMW’s iDrive infotainment system by integrating phone, navigation, entertainment, as well as vehicle control and information features onto its central 10.25-inch touchscreen. Now in its fifth generation, the system enables drivers to interact with the system using the iDrive Touch Controller, voice commands, gestures, or by touching the screen. Though not specifically described by BMW, we would presume that CarPlay takes over part or all of that widescreen display when in use.

In addition to wireless CarPlay, the 2017 5 Series will also offer an inductive phone charging system based on the Qi standard. The automaker is even offering official BMW wireless charging cases for the iPhone 5/5s and iPhone 6/6s, which do not support inductive charging out of the box. Also available is a Wi-Fi hotspot capable of supporting 10 connected devices.

BMW has been the one automaker with the slowest uptake of CarPlay, so this development is rather surprising. Here’s to hoping that GM — whcih was one of the first automakers in the world to adopt CarPlay — isn’t far behind in adopting the wireless variant across its own vehicles. To note, wireless Apple CarPlay has been available since the release of iOS 9, or for roughly a year.