The month of October brings many things with it. Halloween, cooler weather for most of us in U.S. and Canada, but it highlights a cause near and dear to many.

Once again, during the month of October, Chevrolet has partnered with the American Cancer Society to help raise funds and awareness for breast cancer. This is Chevrolet’s sixth year partnering with the ASC, in which it has raised $6 million over the course of time.

Across the United States, Chevrolet and its dealerships are supporting the Making Strides Against Breast Cancer program through event sponsorships, team participation, customer engagement and other activities. But, the brand has other ways to raise awareness, too. 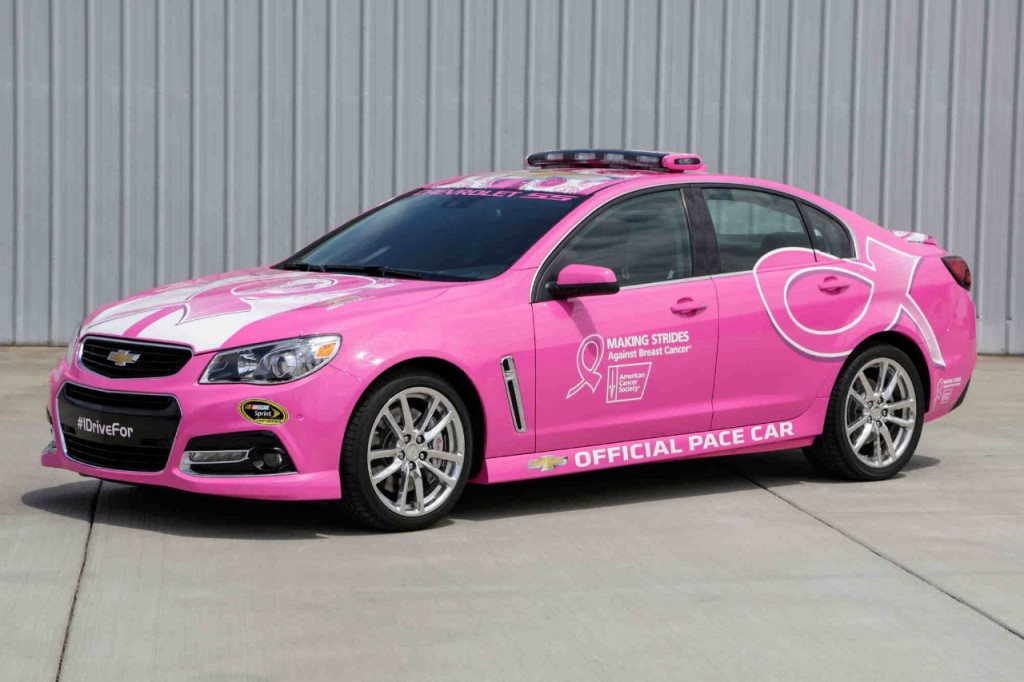 Furthermore, Chevrolet will donate $350 for each caution lap taken in the pink Chevy SS pace car at the two events up to $50,000.

If you’re looking to get involved in an awareness walk, you can head to the link here for information on an event near you.