Chevrolet, General Motors and the U.S. Army Tank Automotive Research, Development and Engineering Center (TARDEC) have revealed their brainchild today. This is the large and in charge Chevrolet Colorado ZH2.

We say large and in charge because the Colorado ZH2 sits six and a half feet tall and seven feet wide, as it was purposely built on a stretched midsize pickup chassis. 37-inch tires and a unique suspension help the Colorado ZH2 maneuver its way over nearly any terrain. It’s a pretty damn big truck. 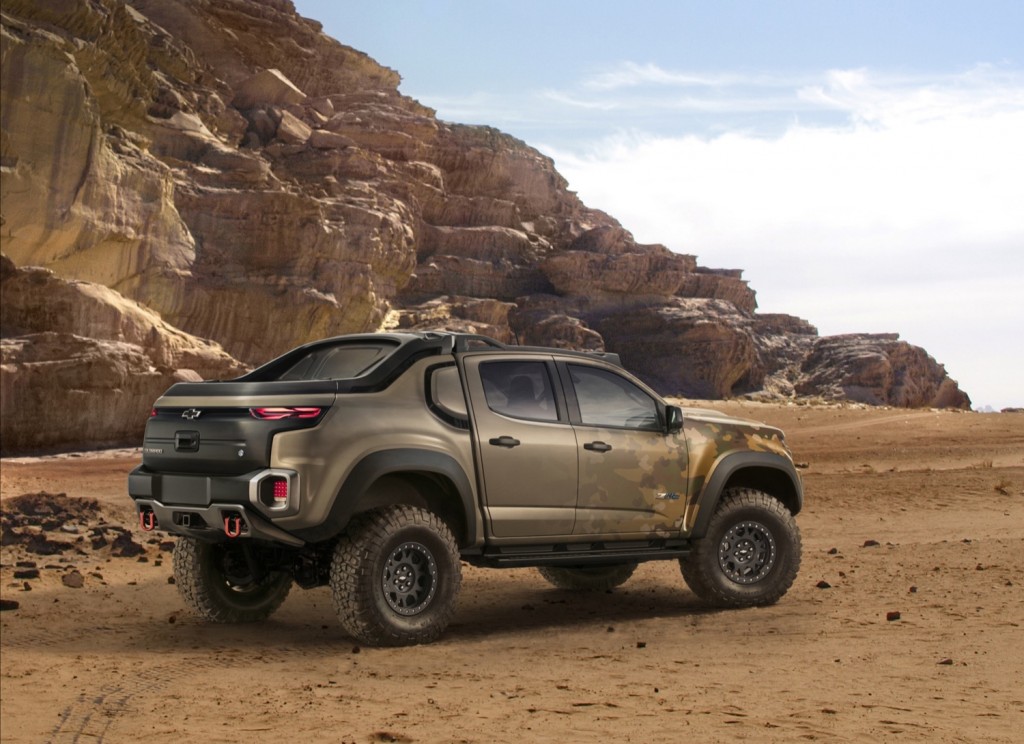 As promised, GM will hand the Colorado ZH2 over to the U.S. Army to conduct daunting field condition tests, as the army begins to determine the viability of hydrogen-powered vehicles for its military fleet. In exchange, GM receives valuable data from real-world fuel cell dependability testing.

The U.S. Army will evaluate the ZH2 fuel cell for:

GM and TARDEC moved quickly, bringing this Colorado ZH2 from sketch to life in just one year after finally being assembled in GM’s Advanced Vehicle Integration facility in Warren. Final testing for the ZH2 will continue at the Milford Proving Grounds in 2017 before the pickup is officially handed over to the U.S. Army.

The most innovative function of the Chevrolet Colorado ZH2 is its EPTO, or Exportable Power Take-Off unit. This allows the fuel cell to power all sorts of activities away from the vehicle itself. That could be especially beneficial to military personnel, where electricity may not be readily available. 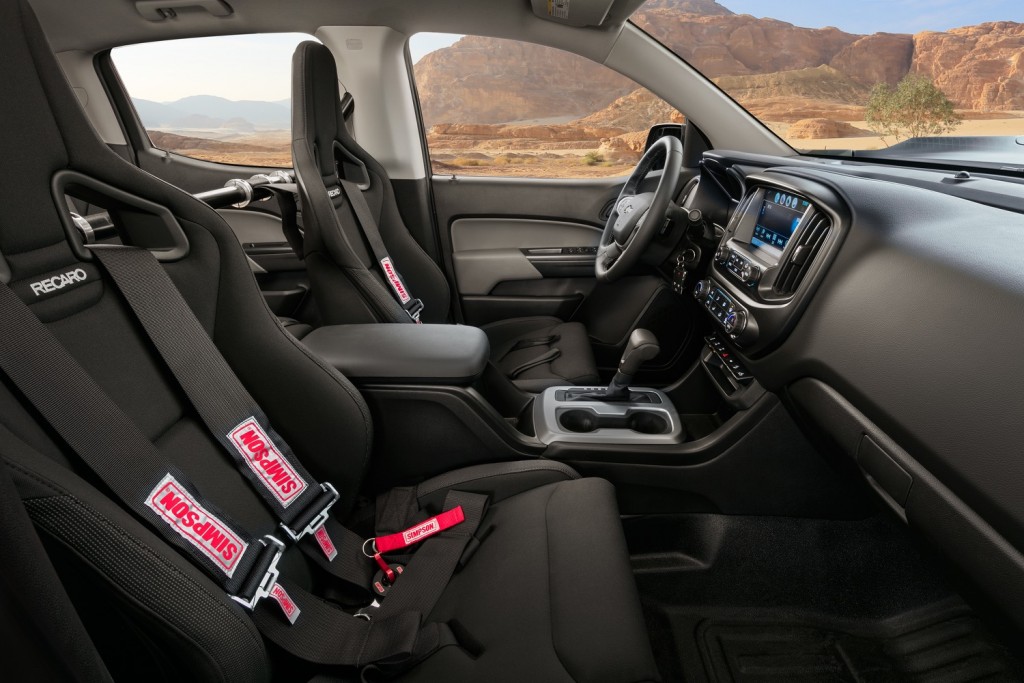 We don’t know if any of the design traits seen on the ZH2 will influence future Chevrolet pickup trucks, but we wouldn’t be upset if the ZH2’s menacing face trickled down to say, a Chevrolet Colorado ZR2.