You might already know how this story goes: the Cadillac Escala concept is nice, but we think it would look even better as a two-door convertible and traditional four-door sedan. But you know what’s selling faster than Buicks in China? Crossovers. So, we’ve dreamed up this Cadillac Escala crossover/SUV.

To us, the vehicle in the rendering would make the best-looking full-size CUV on the market blush: it has the dimensions, the stance, the presence and the elegance to stand up to the likes of the Mercedes-Benz GLS/GL, which currently has the full-size luxury segment nearly all to itself. 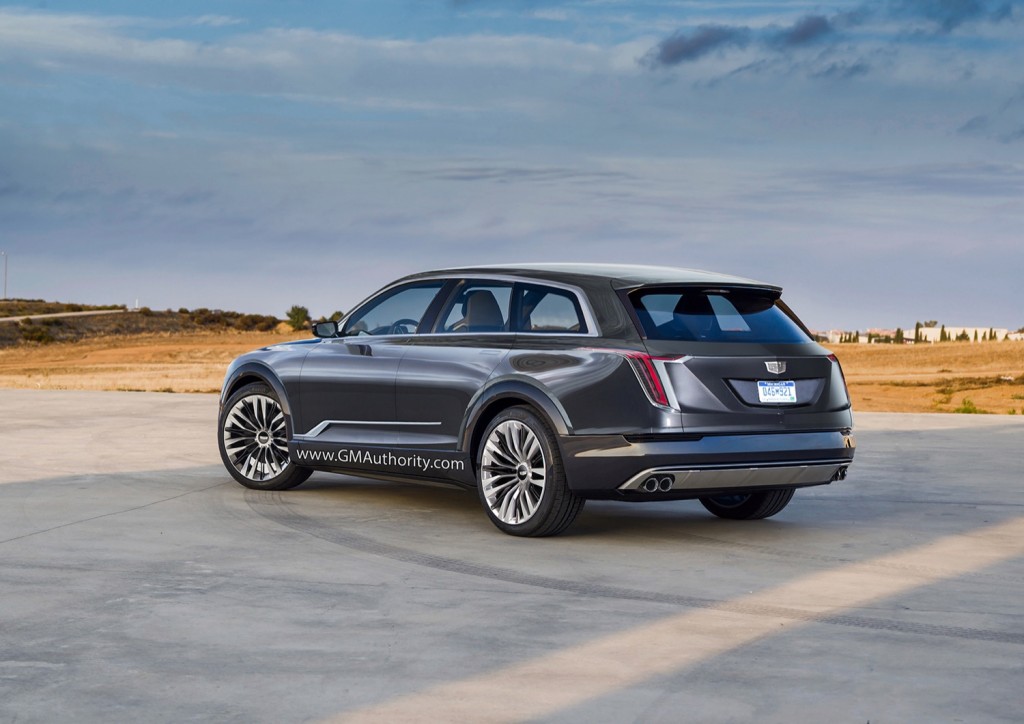 On our imagined Escala crossover, a long hood hints at our imagined Escala SUV’s rear-drive Omega platform — the same lightweight, nimble, and perfectly-balanced architecture that underpins the Cadillac CT6. Meanwhile, the elegantly aggressive front end makes a statement without saying a single word. The side character lines, along with the slightly sloping roofline, make for a unique profile. Both are complemented by large wheels filling in even larger wheel wells. The rear end features an elegant hatch that integrates the taillamp design originally introduced on the Escala. There’s also a metal skid plate that integrates dual-tip exhaust outlets on each side of the vehicle. In all, this design exercise proves that the Escala design language works extremely well on other vehicle types, perhaps even better than on the original liftback Escala concept.

Cadillac’s single biggest limitation today is a lack of a strong crossover lineup, as the XT5 is the brand’s only CUV, while German rivals such as BMW, Mercedes-Benz, and Audi each have at least three, with more on the horizon. In its defense, Cadillac will expand its crossover portfolio over the next several years, we can picture a full-size prestige-luxury CUV like this one sitting at the top of the Cadillac crossover hierarchy, where it would compete with the likes of the segment-defining Mercedes-Benz GLS-Class (née GL-Class), Land Rover Range Rover, along with the upcoming BMW X7, Audi Q9, and a new full-size crossover from Lexus whose name is currently unknown. Here’s to hoping something like this will come to production as a Cadillac XT7 or XT8.