Besides being fairly self-explanatory why concept vehicles don’t translate to production, the idea that Cadillac’s gorgeous concept vehicles over the past few years haven’t seen the light of day, or much production influence, is an oft-brought up topic.

We’ve had Ciel, Elmiraj, and most recently, Escala to drool over in recent years, but GM Vice President of Global Design explained to Automotive News why these cars don’t make their way to the assembly line.

Every designer would like to see every design he’s had a hand in go to production, but that’s just not the way it is. We do concept vehicles for many reasons, whether we are previewing a design direction we are going to take as a company, previewing a new vehicle or sometimes just talking to ourselves, redefining for ourselves the direction we want to take a brand in.

In the case of Escala, the concept certainly falls into Simcoe’s latter statement. Escala is meant to preview the future design direction Cadillac will take. However, we can certainly point to Lexus as a brand that has waved those notions away in actually producing the LC500, itself looking very close to the LF-LC concept.

Specifically, on Escala, Simcoe said it’s the clearest picture of where Cadillac will move in the near future.

It’s the epitome of where we are going to take Cadillac design. It’s meant to be a flagship vehicle. It describes proportion. It describes simplicity of surface and a wonderful interpretation of interior. All of those design details — graphics, character of the grille surfaces — you can place on any vehicle in the Cadillac brand and range. So, realistically, will it influence SUVs, performance sedans and anything else we do across the range? Yes.

Fortunately, a Cadillac flagship is still on the table, according to brand president Johan de Nysschen. What type of vehicle that will become remains a mystery, though. 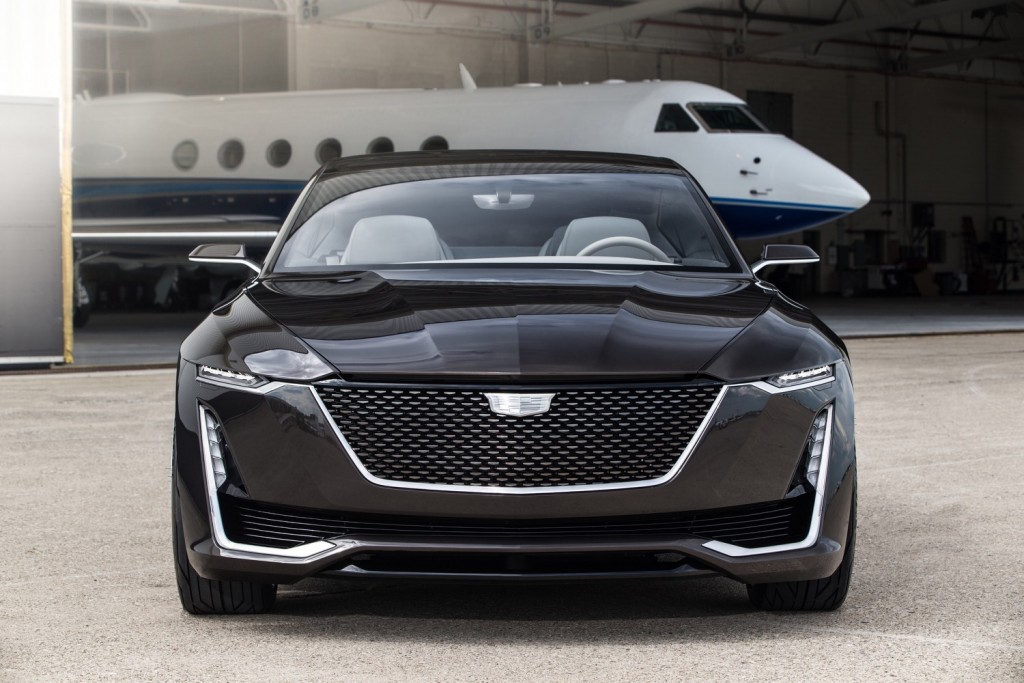