General Motors has given itself a mighty deadline in the year 2050. The automaker announced it has committed itself to 100 percent renewable energy by 2050.

The commitment pertains to the automaker’s manufacturing and operations at 350 facilities in 39 countries across the globe. Currently, GM uses around 9 terawatt hours of electricity to build vehicles, power offices and technical centers and keep the lights on at its warehouses. By 2050, wind, solar and landfill gas will be its main source of energy. 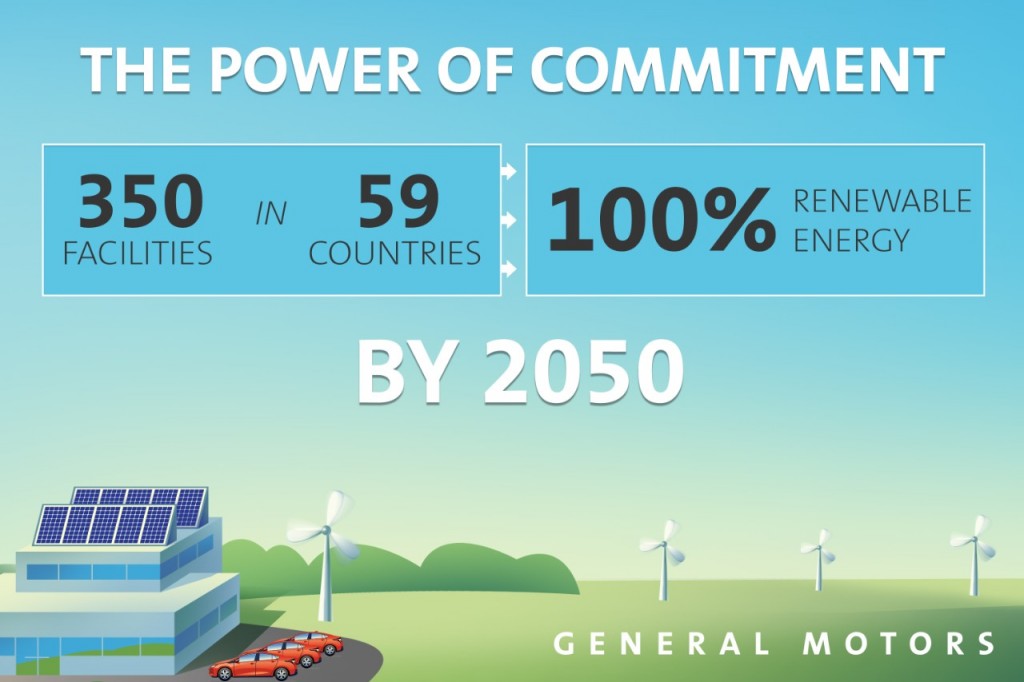 GM also announced its membership to RE100, a global collaborative initiative of businesses committed to 100 percent renewable electricity, working to increase demand for clean power.

The automaker has already taken steps towards this lofty goal. In China, GM is in the process of adding  30-megawatt solar arrays at two facilities, adding to its global tally of 22 facilities with solar power. In total, GM saves $5 million annually by utilizing renewable energy, and the benefits are expected to continue outweighing the costs as the technology advances.

2050 is shaping up to be a brave new world indeed.