By this point, we have established extremely well that sales of the all-new, 2016 Chevrolet Camaro are down. In the first seven months of the year, Camaro sales have dipped 15.4 percent to 42,354 units. Truth be told, sales of the Ford Mustang and Dodge Challenger are also down — but only by 5.5 percent, meaning that Camaro sales are actually slipping faster than its two primary rivals.

The decreasing sales are a strange development: an all-new model typically results in sales growing, rather than decreasing. So, what does Chevy have to say about it all? 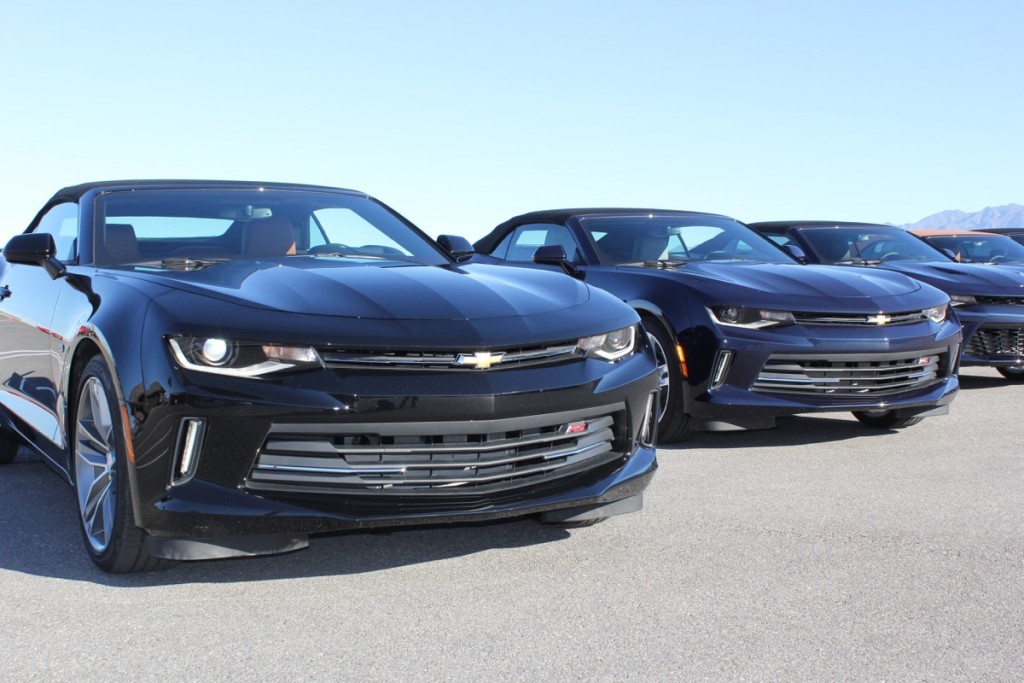 In speaking to Automotive News, Chevrolet spokesman Jim Cain attributed the decline to 2015 being a model change-over.

“A year ago we were running out the old model,” he said. “We had higher inventories and higher fleet sales.”

Another vital factor is the price of the sixth-gen model over its predecessor. The starting price of the 2016 Camaro is $1,995 higher than that of the last-generation 2015 model. The difference grows to $3,490 for the V-6 engine, since the base 2016 Camaro is equipped with a turbo four-cylinder. SS models with the V-8 engine start at $2,795 more.

To that end, Cain highlights that, according to KBB, Camaro transaction prices are up $3,584 over last year.

Higher prices resulting in lower sales volume shouldn’t be too much of a surprise in what has typically been a price-sensitive segment.

Chevy is also keeping from incentivizing the Camaro at the moment. Since the launch of the sixth-generation model through August 31, 2016, Chevrolet has not offered a single cash incentive on the vehicle.

By comparison, Ford has consistently been offering a $1,000 Smart Bonus Cash alongside 0% APR financing on the 2016 Mustang, which is already priced to start lower than the Camaro.

Todd Christiansen of Camaro Marketing tells us that Chevy is also keeping the Camaro away from fleet sales.

How It Feels Not Being The Sales Champ

From January through July, the Ford Mustang outsold the Camaro by nearly a factor of two, and the Dodge Challenger is nipping on the Camaro’s heels to become the second best-selling car in the muscle car segment.

In speaking to Chevy, we got the sentiment that it “sucks” not being the sales champ. For what it’s worth, Chevrolet is also very well aware that the gen six Camaro is widely recognized as the car to get in the class.

Part Of The Plan?

We did our best to dig deeper and ask whether the higher pricing and associated drop in sales volume is all “part of the plan” for the sixth-gen Camaro, but didn’t get very far.

This is all quite the mixed bag, but our takeaway is such: the higher price of the sixth-gen is definitely taking a toll on its sales volume. That much is clear.

But the real question is whether Chevy’s current strategy is delivering performance results (such as higher profits) compared to the approach it took with the fifth-generation Camaro, a vehicle that had a lower starting price and was also offered with more incentives.

We’re also curious to find out what will happen when Chevrolet does add incentives to clear out the 129-day supply of 2016 Camaro inventory in the U.S. (as of August 1, 2016).

Looks like we will have like we’ll have to wait six to twelve months to see how it all plays out, won’t we?