We recently returned from the west coast after sampling Buick’s latest flagship sedan, the 2017 Buick LaCrosse. During our time we were bombarded with facts, information and more from Buick marketing gurus, engineers and from the car itself.

So, we compiled five fun facts for you about the 2017 LaCrosse down below, ranging from design, to how the blinker works. Check out our first drive of the 2017 Buick LaCrosse here. Without further ado:

When speaking with Cathy Turzewski, one of the LaCrosse’s engineers, she gladly told us how the entire globe helped shape the 2017 LaCrosse. Specifically, regions were brought on for their strengths. The U.S. had the final say in design; Europe contributed to structural engineering; China was tasked with interior materials and choices. Overall design had global input, too, despite the U.S. studio giving the final word. Sketches from Europe, Australia, China and South Korea were all submitted.

The Interior Trimmings Made For Quite The Challenge

During our drive, Turzewski also made it known the interior design wasn’t a cake walk. Specifically, the brushed aluminum piece spanning from underneath the infotainment screen to the passenger door was extremely difficult to place.

Designers and engineers had a difficult time keeping it one solid piece, as Turzewski told us it originally had cut seams where the volume button meets the climate controls. We’re glad those seams were worked out, because the fluid shape is very pleasant on the eyes.

The 2017 Buick LaCrosse marks the first application of paddle shifters for the brand, ditching the automatic gearbox controlled buttons. Even neater, the transmission does not need to be put into manual mode to use them. Drivers can drop gears at the flick of a button to pass traffic and the transmission will automatically recalibrate after the maneuver.

Buick somehow managed to figure out how to keep the LED running lights housed in the headlamp themselves active during blinker engagement. Normally, the LED light shuts off while the blinker is engaged. But, Buick says careful bulb placement allowed for the winged LED lights to be on at all times. 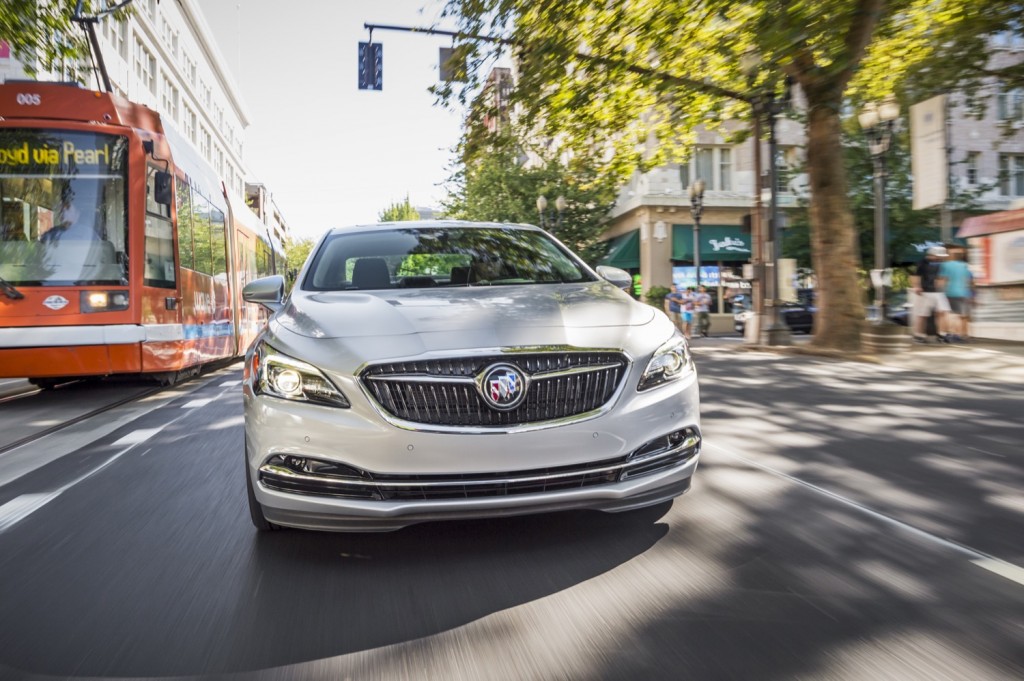 Designers Ensured The “Sweep Spear” Made It To Production

After designers began dreaming up final sketches for the 2017 LaCrosse, it was decided between engineering and the design team that the LaCrosse’s “sweep spear” must stick around for the production car. Senior Creative Designer Takahiko, or ‘Taka’, Suginoshita stated the line was essential to the overall style of the exterior, a trademark characteristic if you will. 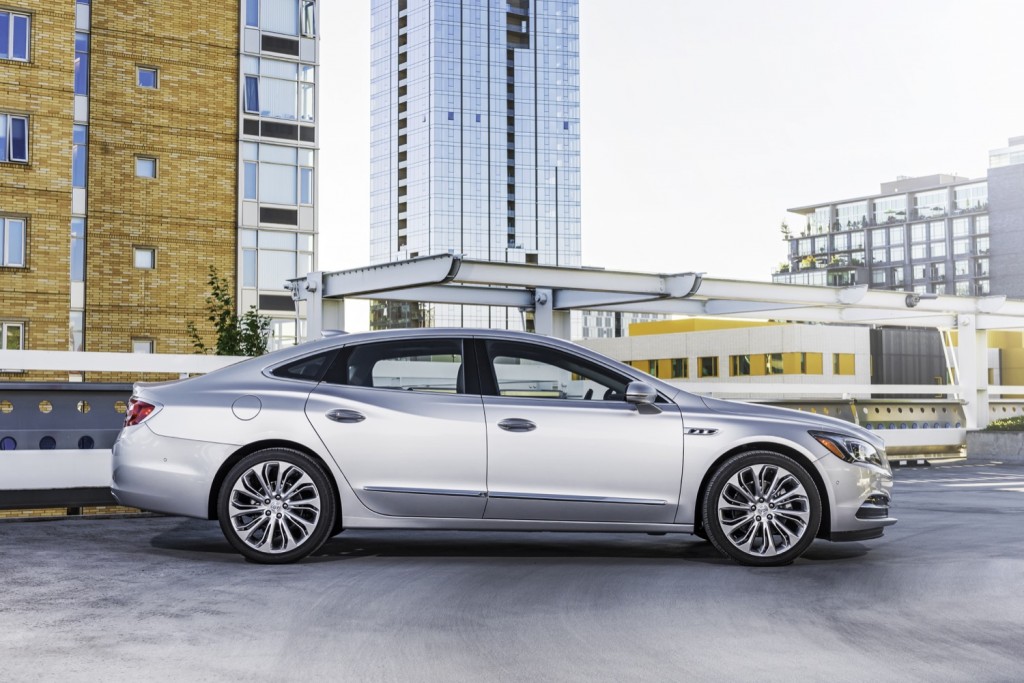 After incredibly long man hours, engineering was able to incorporate the style line, which runs along the entire car and into the rear shoulder, and keeps the body panel feasible for production stamping.