Back in June, GMC announced a new hood scoop and new cold air intake system for its 2017 Sierra HD lineup, hinting at a new diesel engine underneath. After months of waiting for more on the 2017 Sierra HD, the wait is now (almost) over, as GM just published order guides for the trucks, revealing the complete updates and changes to the 2017 Sierra HD family, which includes the 2017 Sierra 2500HD and 2017 Sierra 3500HD. 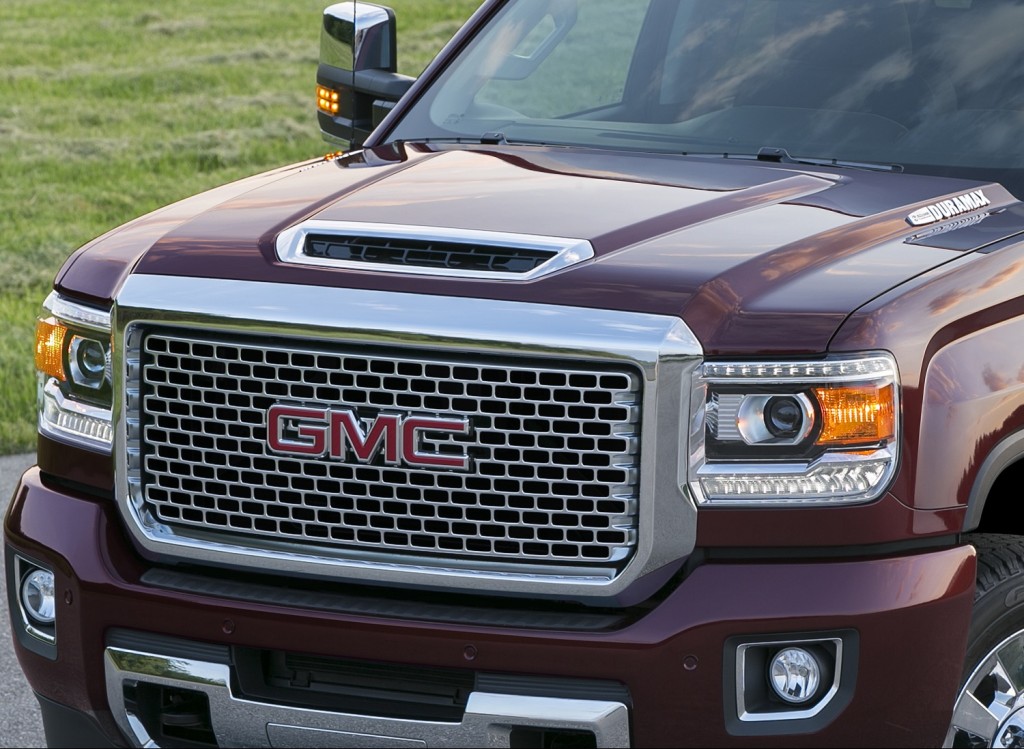 First and foremost: yes, that new hood scoop and intake system is, indeed, hiding a new 6.6L Duramax Turbo-Diesel V-8 engine. Assigned RPO code L5P, the new B20-compatible Duramax is mated to the Allison 1000 6-speed automatic transmission (MW7) and is available across all trim levels of the 2017 Sierra Heavy Duty. Quite unfortunately, there are no other details on the new oil burner — like power or torque ratings… at least not yet just yet. 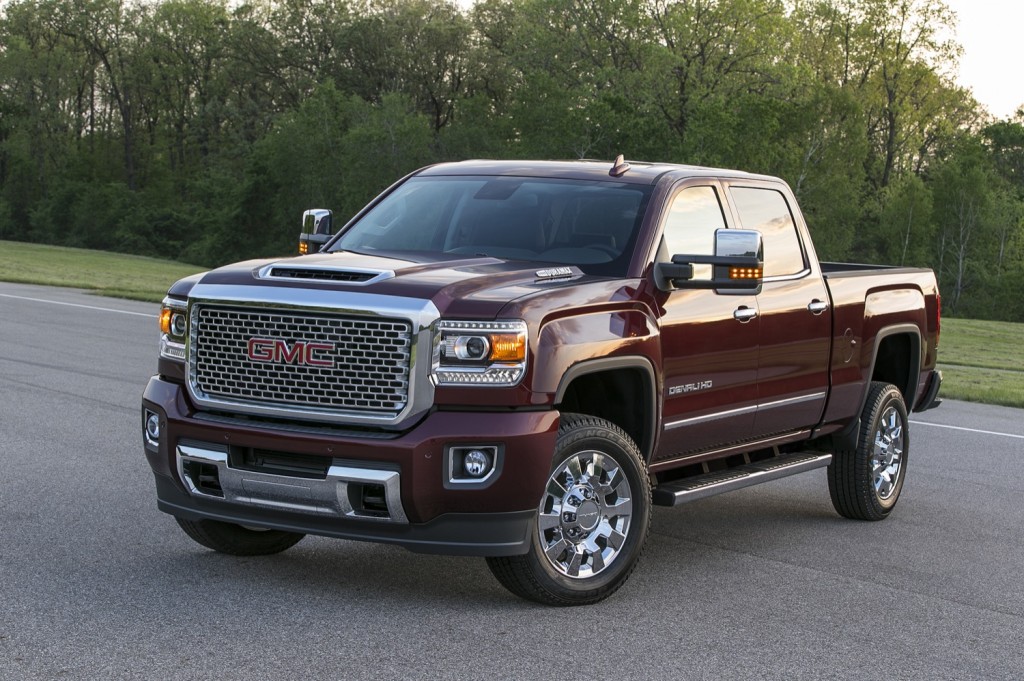 The base engine in the 2017 Sierra HD remains the 6.0L Vortec L96 V-8. The gasoline drinker is still E85-compatible, meaning that it’s capable of running on unleaded or up to 85 percent ethanol. Like in the previous, 2016 model year, it continues to make 360 horsepower (268.4 kW) at 5400 RPM and 380 pound-feet of torque (515 Nm) at 4200 RPM. The L96 continues to be matched with GM’s 6-speed MYD automatic, electronically-controlled heavy duty transmission with overdrive and tow/haul mode. The gearbox also Features Cruise Grade Braking and Powertrain Grade Braking.

Speaking of the L96-powered gasoline model, it gets the new capless fuel fill system, while the capped fuel fill remains on models with the L5P Duramax 6.6L Turbo Diesel V-8 engine and pickup box delete.

On the outside, the 2017 GMC Sierra HD deletes three colors while adding two new ones:

There is also the new center vent hood on models with the new diesel engine, as well as new 20-inch 6-spoke polished aluminum wheels. They are available exclusively on the SLT trim and are not available with the All Terrain HD package.

Rounding out the changes and updates is the addition of Teen Driver technology to the IntelliLink infotainment system and the heated and vented seats get a new RPO code of KQV.

Finally, we should note that the 2017 GMC Sierra HD changes and updates are quite similar to those for the 2017 Silverado HD.

Stay tuned as we learn more about the 2017 Sierra HD in the days and weeks ahead. Suffice to say, we will be doing our best to dig up anything and everything we can about the new L5P Duramax diesel engine.

Following is the list of RPO-level changes to the 2016 Sierra HD:

For more GMC Sierra HD coverage, check out these links:

Follow this link for GMC Sierra sales numbers and figures, which include Sierra HD sales.