If you’re in the market for one, or hell even two, very special Camaros, boy, do we have the vehicles for you. Dale Earnhardt Jr., NASCAR driver extraordinaire, is selling off two of his personal Camaros that have long been a part of his collection.

BoldRide reports the first is this excellent looking 2002 Chevrolet Camaro Z28, with a few modifications done for good measure. Foremost, the body has been stretched and widened for an even more aggressive stance. We’re digging that.

But we’re digging the power under the hood more: a 7.0-liter LS7 V8 engine pushing out 610 hp. Earnhardt dropped the LS7 under the hood in 2014, and it has accumulated just 4,025 miles since then. The 2002 Camaro Z28 was done has a tribute to professional drag racer Dick Harrell, who was often referred to as “Mr. Chevrolet”. 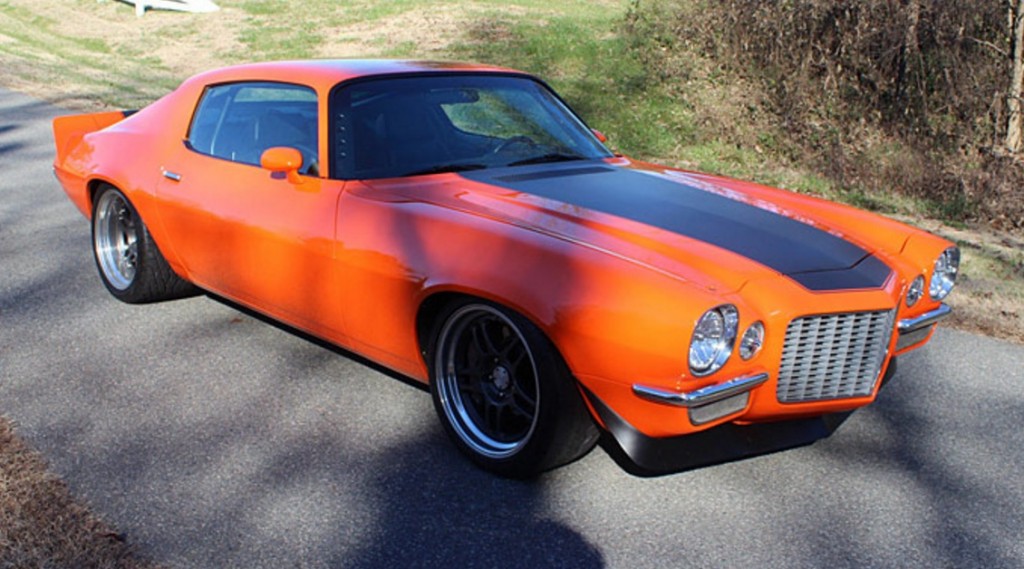 Following the 2002 Camaro Z28 is Earnhardt’s 1973 Chevrolet Camaro, wearing a similar orange hue. The 1973 Camaro was built by Detroit Speed and channels a race-inspired sport coupe with daily driving attributes. The Camaro features a roll cage, NASCAR style fuel cell and power is delivered by an LS2 V8 engine. Only 2,174 miles have been accumulated since being built.