Earlier this week we brought you a rendering of a modern Chevrolet S-10 – a small pickup that could fit in a white space segment beneath the current 2016 Chevrolet Colorado, which has grown significantly compared to its predecessor. The hypothetical small Chevy truck rendering captures the spirit of a no-frills work truck, offering the utility of a pick-up bed at an entry level price.

Needless to say, we’d be remiss if we didn’t include a GMC counterpart. So once again, we partnered with RM Design to bring you a modern take on the GMC Sonoma.

While the our Chevrolet S-10 served as a more utilitarian take with its single cab, long bed and plastic skirting… our GMC Sonoma rendering imagines a truck geared more toward the active lifestyle, while slotting below the current 2016 GMC Canyon. Its crew cab configuration allows for a passenger capacity akin to that of a small SUV, while its shortened bed is still large enough to fit a week’s worth of camping equipment, or family-sized portion of tailgating supplies. 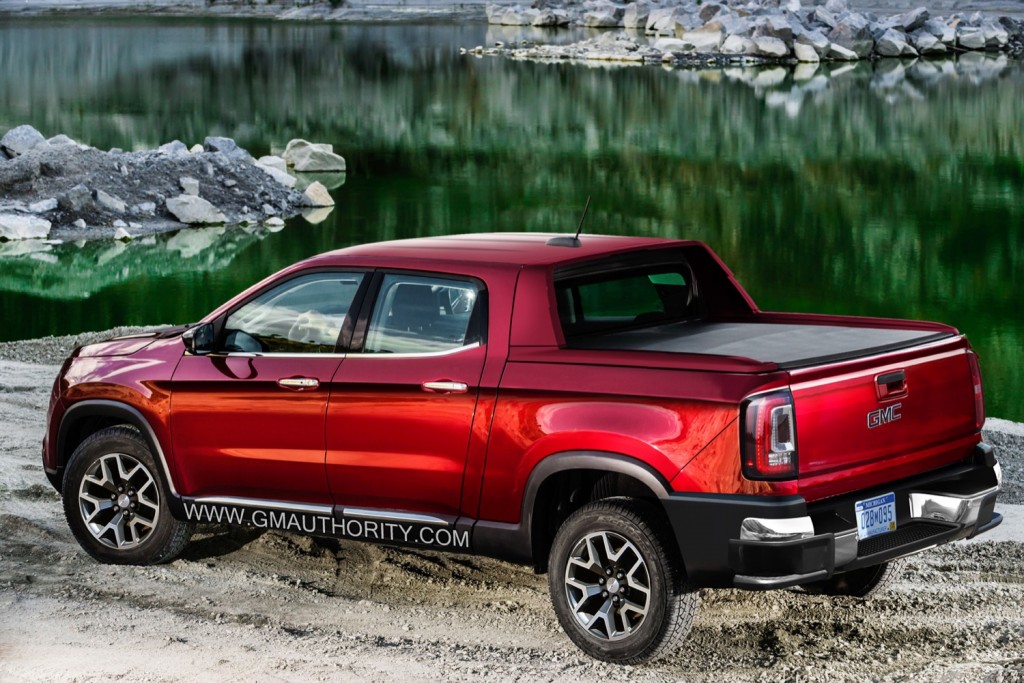 The interior of our hypothetical GMC Sonoma would feature some trickle-down premium features, such as an 8-inch touch screen with Android Auto and Apple Carplay, heated seats, weatherproof floor mats, and an upmarket sound system. Under the hood could be a plug-in hybrid powertrain, a 1.6L Ecotec turbo, or even a 2.5L Duramax diesel engine for those that plan on towing an ATV or two. However, this little GMC is first an foremost an entry level truck, so whatever needs to happen to have an MSRP ceiling of $30,000 or so fully loaded needs to be considered. Even if that means forgoing the diesel option.

That’s just us. What options would you like to see in an entry level pickup truck from GMC? And how much would you be willing to pay for such a truck? The comment section is yours for the taking. 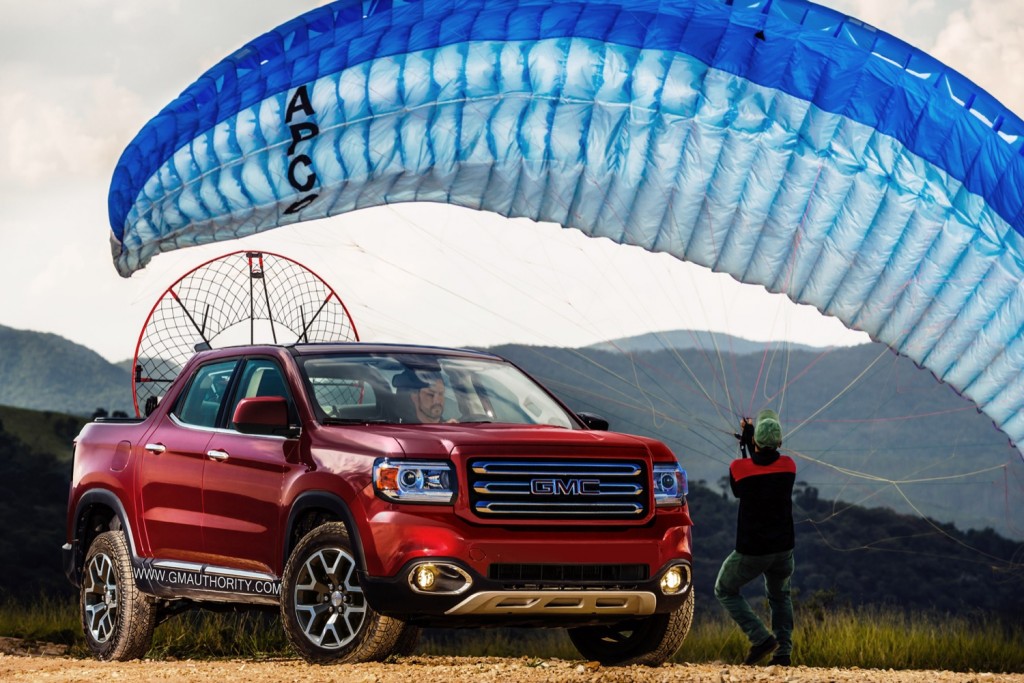