In honor of the opening of the new Opel Arena on Sunday, August 7, German football team Mainz 05 is offering fans a chance to see one final friendly before the start of the German Bundesliga season on August 12. The opposing team will be the Liverpool FC, the team currently managed by Opel brand ambassador, Jürgen Klopp. Tickets for the game are available as of June 23 via the Mainz 05 ticket shop and the usual ticket agents.

“There could not be a more exciting and emotional way to open the Opel Arena,” said Jürgen Keller, Managing Director of Opel in Germany. To go with the sponsorship of the Mainz arena, just southwest of Frankfurt, Opel has shown its pride with a specially themed Adam you see here.

Klopp, 49, is returning to where his passion for the sport and connection to the Mainz team began. As a player, Klopp participated in 337 games for Mainz 05 between 1990 and 2001, and then went on to become the coach from 2001 to 2009. At the end of the 2007/08 season Klopp moved to Borussia Dortmund. During his seven years at Borussia Dortmund, he won the Bundesliga title twice, the German Cup once, and made it to the 2013 UEFA Champions League finals. Last fall, Klopp was announced as the head coach of Liverpool, which finished 8th in the Barclay’s Premiere League this past season, but managed the team to both the Football League Cup and UEFA Europa League finals in the same season. Liverpool was beaten in both games. 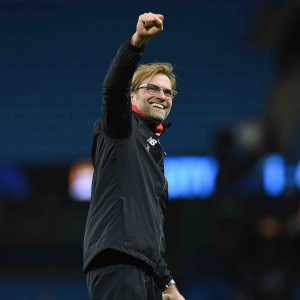 “[It’s] going to be a ‘football festival’ for the spectators and the fans. I am also delighted that, thanks to our partnership with Mainz 05, we can offer Opel employees a large contingency of tickets at reduced prices.”