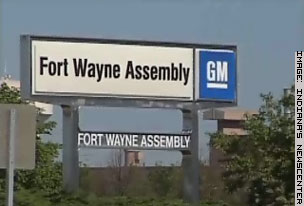 The entrance has long been unused, but with a massive plant expansion inbound, the facility has decided to reopen the entrance for employees. Locals fear the once quiet road may succumb to traffic jams during three shifts of production, according to The Gazette Journal.

Citizens became even more upset after learning there was nothing they could do, noting that since the change occurs on GM property, it technically does not have a hand with public officials.

The road in question “was a road built for GM for their use years ago, and they’re now at a point to take advantage of it,” Bill Hartman, director of the Allen County Highway Department, said. He also stated the entrance did not require public notice.

Still, citizens remain skeptical even after having evidence presented.

“We kind of feel like they have pushed us aside, like we have no right to say anything. … It doesn’t seem fair.” Lynn Doak, a local resident, summed things up with.