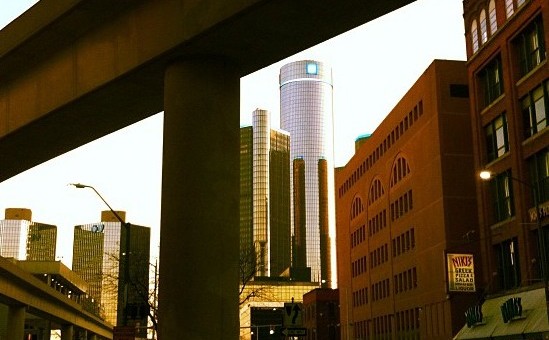 Coming off his championship win with the Cavaliers in Cleveland, Ohio, Dan Gilbert is now setting his sights back on Detroit, Michigan. The Detroit News reports on Gilbert’s most recent feeling for the metropolitan area, offering advice to ensure the city once again flourishes.

He calls on Detroit’s Big 3, specifically General Motors, to become more involved with the city of Detroit, providing an example below.

“I took GM’s annual marketing budget and divided it by 365 days,” he said. “If GM wanted to build a new, state-of-the-art, technology-driven, incredibly attractive, digitally based place that would blow away everyone in attracting young people, it would cost them let’s say $1 billion.”

“That would cost them $25 million a year (in depreciation). That’s the equivalent of four days of their marketing budget. For a brand new, unreal place that would be like a rebirth. It would attract young people, and bring energy to their company.”

He references the automobile as technology as wheels, and the cold war developing between Detroit and Silicon Valley, blaming Detroit and its automakers for lack of a unified strategy for the future.

“Carmakers don’t understand you can’t invest in a digital company in Van Buren Township and in Troy and here and there,” he stated. “You have to create the overall environment to attract them.

“Imagine there were two blocks of Woodward that were car tech lofts. People would be brainstorming all day. They’d be working together. They’d have trade groups. They’d have the same mission. People who are interested in that space, when they flew in, they’d be blown away.”

Recently, GM and the state of Michigan seem to have taken a step forward in strategy, with GM President Dan Ammann lobbying for autonomous vehicle legislation to pass in the state. New legislation would begin to create a home for future technology and driverless systems.