Over the last few months, there has been a significant amount of buzz as a result of reports stating that the rumored Cadillac CT8 was cancelled. The vast amount of attention garnered by the reports was quite surprising for a product whose existence has never been confirmed, denied, or otherwise validated by anyone at GM or Cadillac.

Regardless of whether the CT8 program has been canceled, postponed or, dare we say, still on track, hasn’t stopped us from imagining the direction in which Cadillac could take such a model. 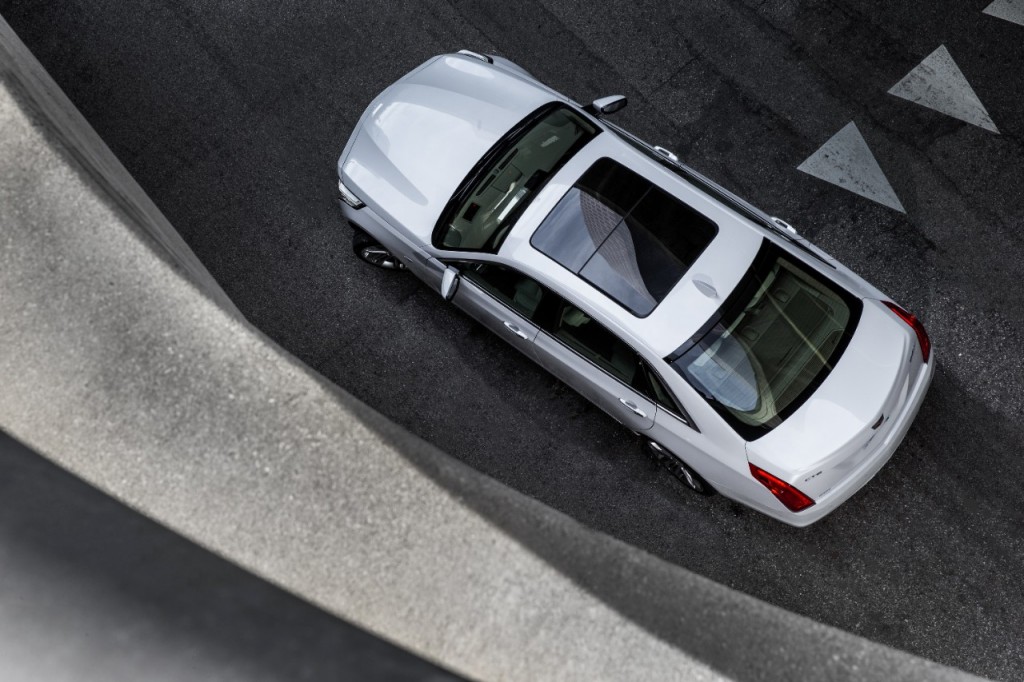 Framing Out A Flagship

Before we get into where the CT8 could go, let’s outline what such a vehicle is very likely to be and have:

From there, the way we see it is that a Cadillac CT8 — still very much unconfirmed and very much imaginary — could go one of the following two ways.

1. A Long-Wheelbase Sister Model To The CT6

The first direction that a CT8 could take is to simply be better, bigger and more luxurious than the CT6. This brings us to market positioning, which is a rather involved topic which begins with the CT6.

The CT6 can be looked at in two ways: as a direct rival to other full-size prestige-luxury sedans such as the Mercedes-Benz S-Class, BMW 7-Series, Audi A8, Jaguar XJ and Lexus LS, or as a vehicle that doesn’t rival those segment stalwarts. From a dimensional and feature standpoints, the CT6 is right there with the rest of the full-size sedan segment, but its $53,000 starting MSRP is at least $19,000 lower than the least expensive vehicle in the class (Lexus LS) and at most $42,000 lower than the most expensive vehicle (Mercedes-Benz S-Class).

The CT6’s lower price point is perhaps a lesson learned from Cadillac’s previous pricing strategies, some of which which haven’t gone over well. As such, CT6 pricing appears to be straddling segments — giving customers access to certain size, quality, driving experience, and other characteristics or features found in full-size flagship sedans, but for a mid-sized price. After all, the CT6 is just hundreds off the base price of a Mercedes-Benz E-Class, one of the perennial stalwarts of the midsize luxury sedan segment.

Despite today’s comparatively affordable nature of the CT6, we imagine that the pricing of Cadillac vehicles will steadily increase over time as the brand continues to reinvent itself in the marketplace, improve its image and its products.

This means that the rumored CT8 would feature an exterior and interior mostly identical to those of the CT6, but with more luxury amenities (especially in the rear seat) and a much more potent standard powerplant. The biggest selling feature of such a vehicle would be more room, accomplished by stretching the CT6’s Omega platform.

Rivals of such a vehicle would include:

The second direction that we can see Cadillac taking a so-called CT8 is an entirely different model from the CT6. Granted, it would still ride on an elongated Omega platform, while having vastly different styling and delivering significantly more luxury amenities.

As an example, imagine the relationship between the Audi A8 and the Bentley Flying Spur or what the BMW 7 Series is to the Rolls Royce Ghost. The Bentley shares the overall platform of the A8, while the Ghost shares the architecture of the 7 Series. But you would never know it just by looking at them.

To note, the Bentley Flying Spur has a starting price of $200,000, while the Rolls-Royce Ghost starts at $295,850. These are prices that Cadillac could charge for the CT8, but doesn’t have to.

Cadillac could also up the ante with the CT8 by creating a rival to the even more-exclusive and expensive Bentley Mulsanne (starting price: $303,700) and Rolls Royce Phantom (starting price: $417,825). But that’s an entirely different ballgame, one that would perhaps involve building vehicles entirely by hand, and offering mountains of bespoke options — from custom paint to embroidered seats, and more. It would put Cadillac in competition with the most expensive sedans in the world, but that’s nothing that the brand hasn’t been successful in doing before.

Which direction would you like to see a (rumored and unconfirmed) Cadillac CT8 go? Which do you think is more likely? Talk to us in the comments.