The 2017 Cadillac CTS has been officially revealed, receiving  a mid-cycle restructuring of sorts, with refreshed front and rear fascias, more in-vehicle technology, and a revised trim level structure.

Foremost, the exterior has gotten a once-over with a new grille design to keep things fresh. To be fair, it wears it much better than what we saw in the spy photos from last month. The bigger changes, however, are out back, where vertical exhaust outlets replace the horizontal units, while new vertical valence panels are added. 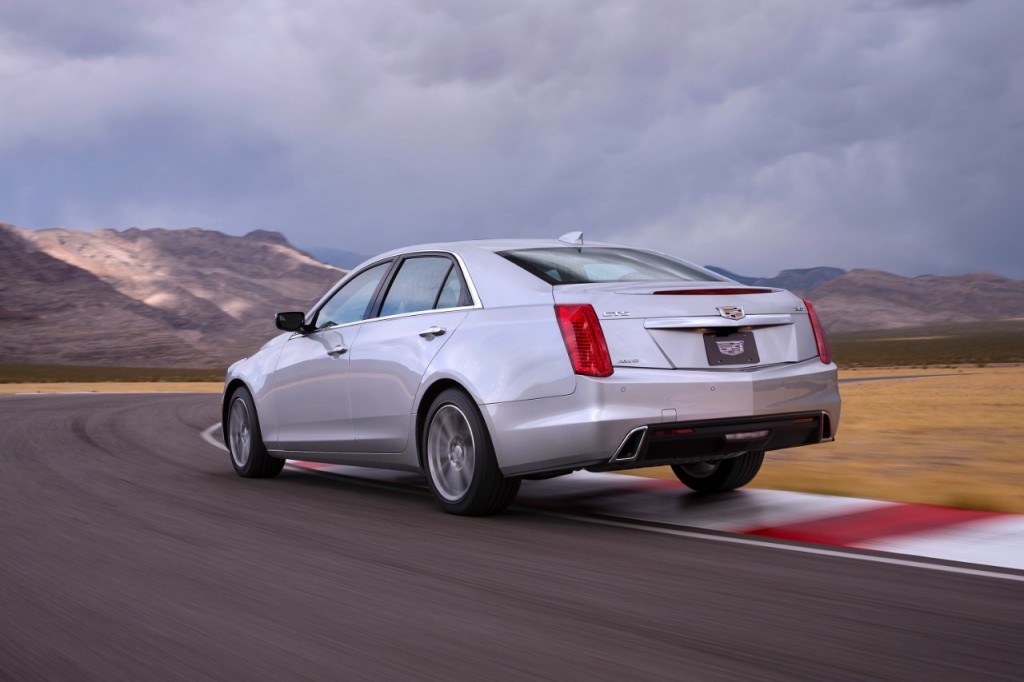 As we noted in our 2017 Cadillac CTS updated and changes article in April, the 2017 CTS Sedan also brings with it several new features, including the Teen Driver System and Cadillac Collection, otherwise known as App Shop for the CUE infotainment system. The award-winning rear camera mirror from the CT6 also becomes available on the 2017 CTS.

Cadillac has also taken the 2017 model year as a time to restructure the CTS’ trim levels to match those of the 2016 Cadillac CT6 and 2017 Cadillac XT5. The 2017 CTS will now arrive in CTS (base), Luxury and Premium Luxury trims for “regulars” models, and V-Sport and V-Sport Premium trims for the V-Sport models. The 2017 Cadillac ATS follows a similar restructuring.

In addition, the 2017 Cadillac CTS portfolio gains two new exterior colors, a new wheel design, and the new Carbon Black package, which will also be available on the 2017 ATS.