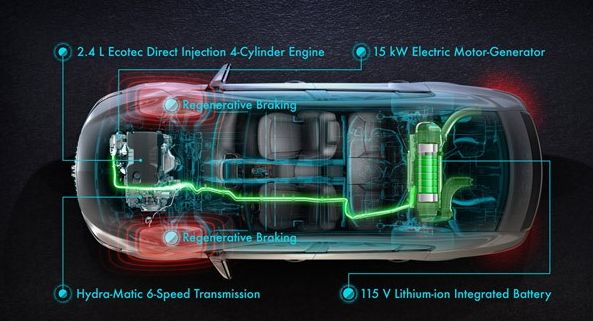 In order to increase fleet-wide fuel economy in light of ever more-stringent CAFE regulations, General Motors will expand its use of engine stop-start systems to nearly all models sold globally by 2020. The move is partially influenced by the EPA’s decision to give compliance credits towards Corporate Average Fuel Economy (CAFE) levels to vehicles that include stop-start systems.

Including the system can improve city fuel economy by six percent in urban driving conditions, while adding roughly $300 to the cost of a vehicle.

Over 30 GM models sold in North America will include stop-start by 2018, an increase from the eleven models that currently offer it:

For those not familiar with the technology, here’s a briefer: engine stop-start allows a vehicle to conserve fuel by automatically shutting off the engine when the car comes to a stop (such as at stoplights or while in park). When the driver takes his or her foot off the brake, the engine automatically restarts.

While the engine is shut off, an auxiliary battery powers electric accessories such as heating and air conditioning, power windows, and radio. The system can also determine when not to shut the engine off, such as when the battery is low on power and in stop-and-go traffic.