This article is part of the GM Authority Wish List series for the Cadillac ATS — a collection of changes, updates, and modifications we’d like to see made either to the current family of the compact luxury vehicle, and/or on its CT# replacement. The purpose of the Wish List is very simple: to create awareness of the issues we have found with the vehicles so that Cadillac can address them in the future, whether via a refresh or a next-generation model, all in an effort to make the best range of compact luxury cars on the market, bar none.

The GM Authority staff has collectively spent a significant amount of time with the ATS, both as drivers and as passengers, in both Sedan and Coupe body styles, with all four engines, all five trim levels, and with various degrees of features and equipment. In other words, this wish list is not the result of a knee-jerk reaction after a day or two with the car. It’s the result of living with the cars, sometimes for several months. In fact, our own founder happens to own an ATS (2015 2.0T Premium, six-speed manual).

Keeping in mind that this wish list is by no means in order, here is the tenth item on our list: deployable headlight washers.

Imagine: you’re driving down a twisty mountain road on your way to Vail, Colorado. It’s pitch black and sleeting on the 100-mile stretch of winding canyon switchback called I70. The sleet isn’t helping… neither is the car in front of you, which is splashing up a healthy dose of dirty water on your ATS. Luckily, your windshield wipers are there to help you see better. Not so lucky is that the splash-back from the car in front of you and the snow/sleet falling from the sky is sticking to the front end of your car, including your headlights. After a half hour, your headlights are covered in a thick film of dirt, preventing most of the light from getting through. You have to pull over your ATS, get out, and clean the light with a paper towel.

As you’re stuck doing that with your luxury vehicle on the side of the road, the BMW 335i that was behind you sails by. The driver activates the windshield washers, which you notice also deploy a set of deployable headlight cleaners: as the BMW’s windshield wipers and fluid clean off the windshield, the headlight washers clean the headlamp housings with a high-pressure fluid.

The advantage is clear: as you are out of your Caddy to clean off the headlamps by hand, the BMW cruises on. That’s convenience. That’s practicality. That’s luxury. 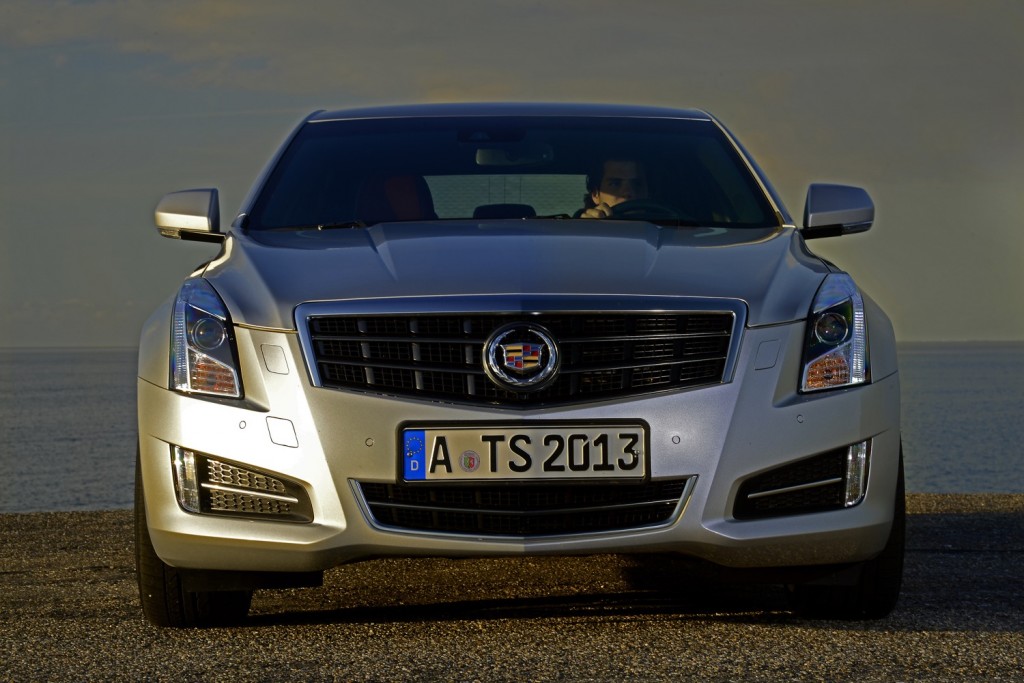 Euro-spec Cadillac ATS Sedan. Notice the hidden headlight washers on the outside of the grille.

The aforementioned self-deployable, high-pressure headlamp washers are offered on nearly every model from the German luxury brands. But they are not offered on any current Cadillac model sold in North America, despite serving an obvious need. Ironically, Cadillacs sold in Europe do offer said washers, since it’s a requirement of the region’s automotive standards. Adding to the irony is that the models sold in Europe (and therefore equipped with the washers) are made at the same production plants and on the same lines as the models destined for North America (and without the washers).

So Cadillac: please offer the self-deployable headlamp washers on every single one of your vehicles. They are convenient, luxurious, high-tech… and just cool. Plus, it will enable you to have feature parity with your direct (German) rivals. 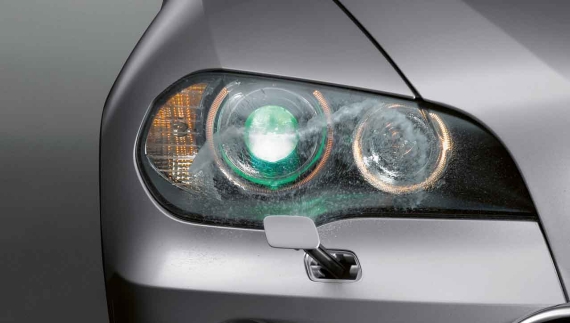