When we sampled the 2016 Buick Regal GS on the track, we walked away semi impressed. It’s a good car, but the manual gearbox option had been deleted for the model year. Still, we know there’s a reason the GS is sticking around, and we’re hoping it’s because a proper Grand Sport variant of Regal is coming.

The Fast Lane Car caught up with a 2018 Buick Regal prototype in Colorado, and guess what? It’s has a manual gearbox. It’s evident when the chase car catches up to the 2018 Regal at a stop sign, and the Regal rolls back on an incline as the clutch catches. Frankly, we were shocked, as were TFL Car.

It could be something as simple it being a literal carbon-copy of the 2017 Opel Insignia, which will most definitely have the option to row your own, but it’d be nice to see Buick also offer a slick-shifting manual gearbox, too. As crossovers become the norm, sedans should have a little more flare to them. But, we digress.

We’d love to comment on the styling and design, but this prototype is still extremely well camouflaged, much like Insignia-Regal-Commodore sightings across the globe. We’ll have to wait and see the 2017 Insignia debut in the flesh at the 2016 Paris Motor Show later this year for our full look. However, it could look something like below when all is said and done. 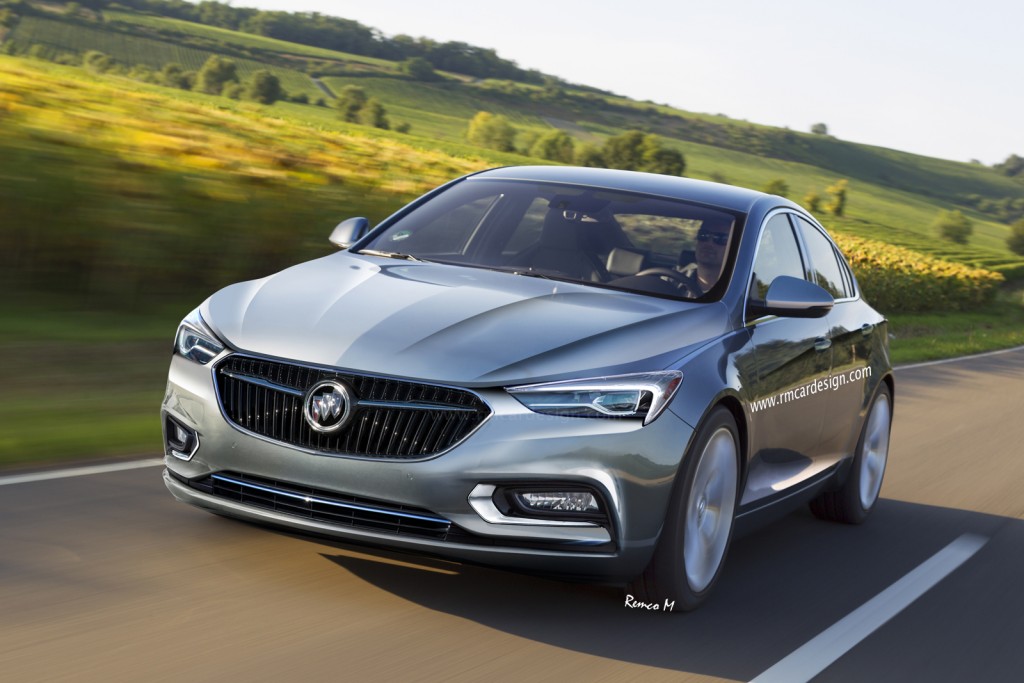