Last week, images of the 2017 Opel Zafira Tourer leaked out onto the world wide web ahead of the vehicle supposed 2016 Paris Motor Show debut.

Vauxhall states the design changes come from the desire to create a wider profile, with a chiseled “Vauxhall double wing” grille feature. The wheels have also been pushed outward under, what Vauxhall calls, a “muscular wheel arch.”

“The front design of the new Zafira Tourer takes the major characteristics of the award-winning new Astra, and anchors it in Vauxhall’s new portfolio.” said Brit Mark Adams, Vice President, Design Europe. “Its sharp, precise double-winged daytime running lights convey a new level of sophistication, which is also reflected in the interior by a completely redesigned instrument panel. It is purer, clearer and easier to use.”

The interior cabin has been given more than a once-over as well. A one piece design sits in place, allowing for greater outward vision, and buttons have been decluttered with a new seven-inch touchscreen unit put in place. Vauxhall says ergonomics have been put first, and foremost. 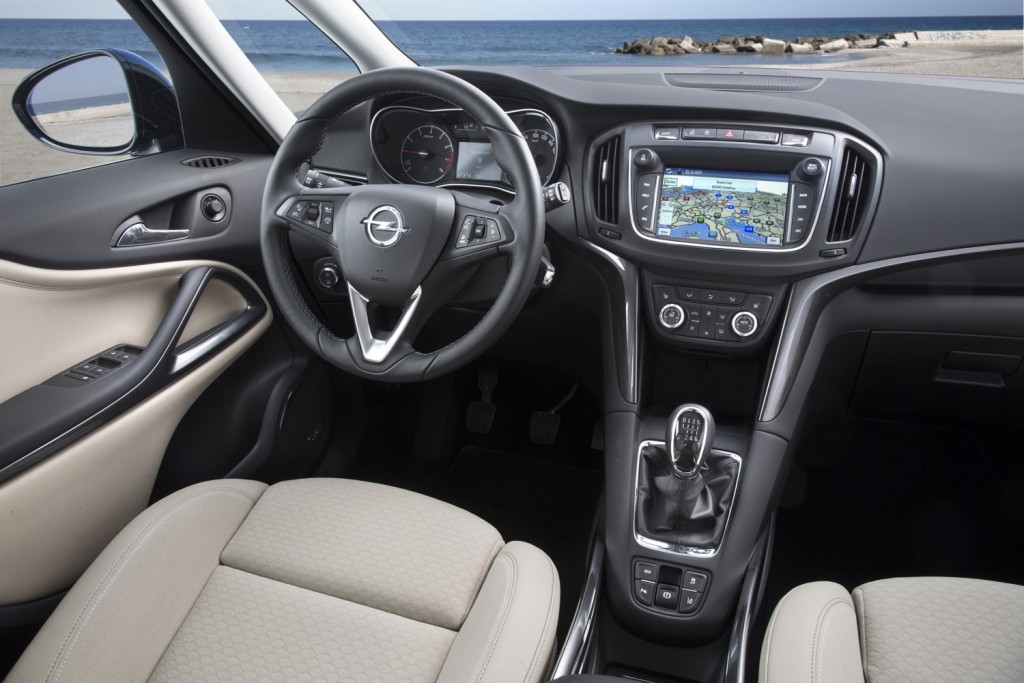 But, it’s the storage capability that helps carve the Zafira Tourer’s space in the market, and it has been improved. Vauxhall states the new Zafira Tourer can carry a minimum load volume of 710 liters (25 cubic-feet), increasing to 1,860 liters (66 cubic-feet) when the second-row seats are folded down.

So, overall, it looks like an excellent redesign of the popular MPV. It looks less awkward, more handsome. Less clunky, more ergonomic. Expect full powertrain details and more when the 2017 Zafira Tourer is shown in the flesh in September, and before it reaches showrooms in October.