Just last week, we told you that General Motors has substantially increased its Average Transaction Prices while decreasing sales to rental fleets, which are significantly less profitable than retail sales to individual customers and can even decrease new car values. The automaker had not previously shared the details on reducing rental car sales, until this week.

GM’s plan looks to cut sales to U.S. rental car fleets by 80,000 to 90,000 units in 2016. That averages out to roughly 6,600 to 7,500 fewer sales per month. A critical part of the plan, however, is that the automaker plans to surrender the sales without losing significant market share, according to the head of GM North America, Alan Batey.

The eventual goal is to reduce rental fleet sales to between 9 percent and 12 percent of total U.S. sales from more than 20 percent in the recent past. 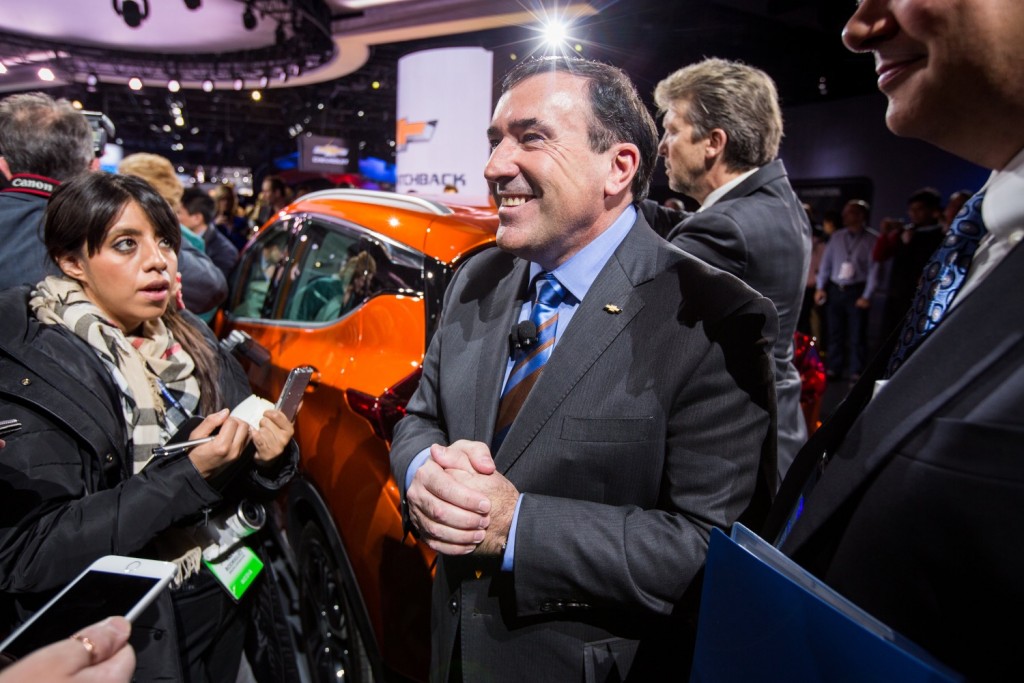 President of GM North America, Alan Batey, at the reveal of the 2017 Chevrolet Bolt EV at the 2016 North American International Auto Show in Detroit

Through the end of February, General Motors’ market share fell 0.7 percent to 17.3 percent from 18 percent during the same period in 2015. Batey stated that the share should stabilise above 17 percent thanks to strong demand from individual retail buyers.

“There’s nothing that would lead me to believe we’d be south of 17” for the year, Batey said.

Historically, GM, Ford Motor Company, Chrysler (now Fiat Chrysler Automobiles), and some foreign makers tried to offset drops in retail sales by cutting prices of its vehicles and dumping them into rental car fleets at little to no profit. GM’s strategy to stop or substantially decrease the behaviour bucks that trend in many ways.

The size and pace at which GM has decreased sales to daily rental fleets has caught many investors, analysts and industry observers by surprise.

The plan has resulted in GM’s February 2016 sales falling 1.5 percent compared to February 2015, despite an overall growth in U.S. car sales. GM’s drop was the result of a notable decrease in sales to rental fleets.

Despite GM’s strategy and its potential to bring in more profits, GM’s stock price has decreased 8 percent for the year. On Thursday, March 31st, 2016, GM’s stock closed at $31.42. That’s below the $33 per share price of GM’s post-bankruptcy Initial Public Offering (IPO) at the end of 2010.

The subpar performance might not be entirely in GM’s control, since the performance reflects investor concerns that the U.S. automotive sales have or are close to topping out. If that is, in fact, reality, then GM is well-prepared for the scenario.

In addition to slashing sales to rental fleets, Batey also said that GM plans to control inventories closer than it has in the past.

As of March 1st, GM had 67 days’ worth of unsold U.S. vehicles on hand, lower than Ford or FCA.

The strategy to decrease sales to daily rental fleet, as well as the secondary benefits of doing so, are quite welcome in our book.

The General can do so because — unlike many of its rivals, especially FCA — it is now making highly-desirable vehicles in nearly all segments in which it competes, a strong departure from the sometimes-mediocre products it was selling even a decade ago. As such, it makes sense for GM to stop dumping vehicles into fleets for little to no profit, and instead make more off each.

The by-product of lower rental fleet sales are stronger resale values, which makes GM’s vehicles better lease candidates while also being more desirable for first-hand buyers who will know that GM’s vehicles will be worth more during trade-in time than they did in the past.

All in all, GM is becoming a smarter, leaner, meaner and more competitive automaker. As for the stock price? It will come around once those investors realize the colossal transformation of the New GM… or until they stop hyping Tesla, which has yet to turn a profit.