We might say it too often, but it’s the little things. Seriously. Sometimes the smallest things can make the biggest differences. When speaking of CUE, one small change can make a huge different, because it’s still sorting out its kinks.

Much like Ford discovered, when it went nearly completely button free in the previous-generation Ford Edge, consumers like buttons, and actual knobs to touch. It’s reassuring, knowing exactly what you’re controlling, and how much to control. Ford has since reintroduced buttons to its MyFord Touch system.

Thankfully, Cadillac is learning too. CUE has long been plagued by slow responses and clunky touchscreen feedback. And for the 2016 Cadillac CT6 and 2017 Cadillac XT5, buttons have returned. Well, specifically knobs. Smack in the middle of the CUE infotainment screen, what looks like a piece of aluminum trim resides. However, it’s actually three seperate buttons to adjust HVAC and climate controls with, ditching the awful haptic feedback units. 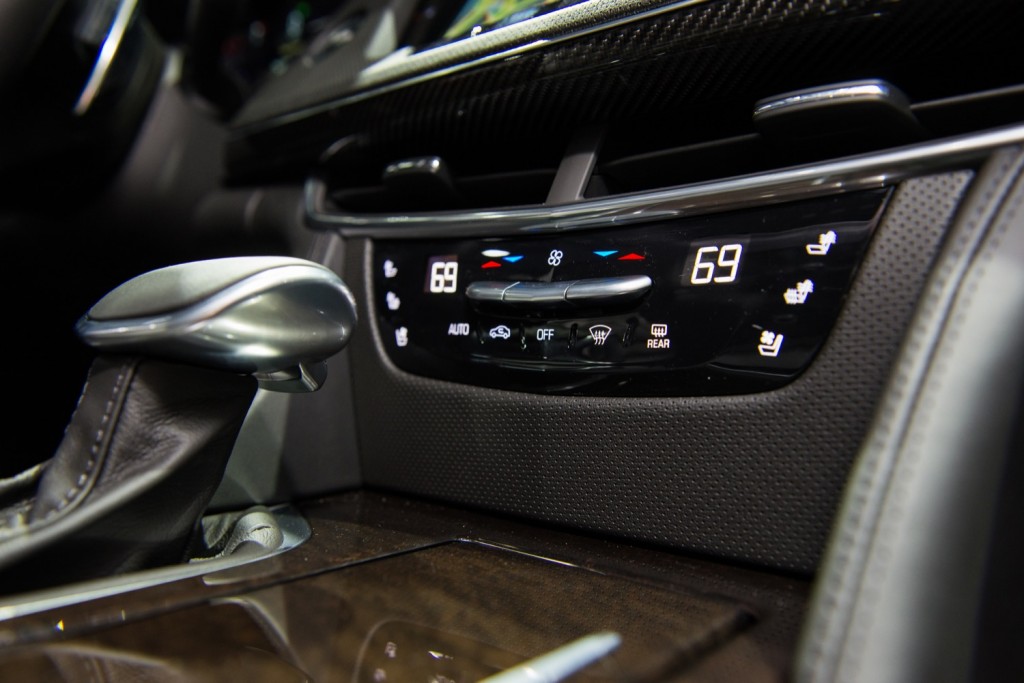 We spent some time feeling out the CUE system once again at the 2016 New York International Auto Show, and we can say the knobs are a very welcome improvement, and make CUE that much less frustrating to operate.

Now, Cadillac, let’s get to work on redesigning the gauge faces that have been beaten with an ugly stick for too long.