Chevrolet’s crossover plans are starting to come into focus: the 2017 Chevy Equinox will make the move to General Motors’ D2XX platform, thereby shrinking in size to that of true compact CUV, while the 2017 Chevrolet Traverse — also expected to be all-new — will remain a full-size crossover riding on a stretched version of the C1XX platform.

Previously, we reported that Chevy is working on a new midsize CUV to fill the space created by repositioning the Equinox from a tweener (compact-midsize) to a true compact. Enter the patent drawings seen here, which GM’s South Korean arm recently filed with Europe’s Office for Harmonization. Though some have pegged them as previewing what’s to come in the form of the upcoming midsizer to slot between the new Equinox and Traverse, the sketches are actually of the recently-facelifted Chevrolet/Holden Captiva, rather than an all-new vehicle. 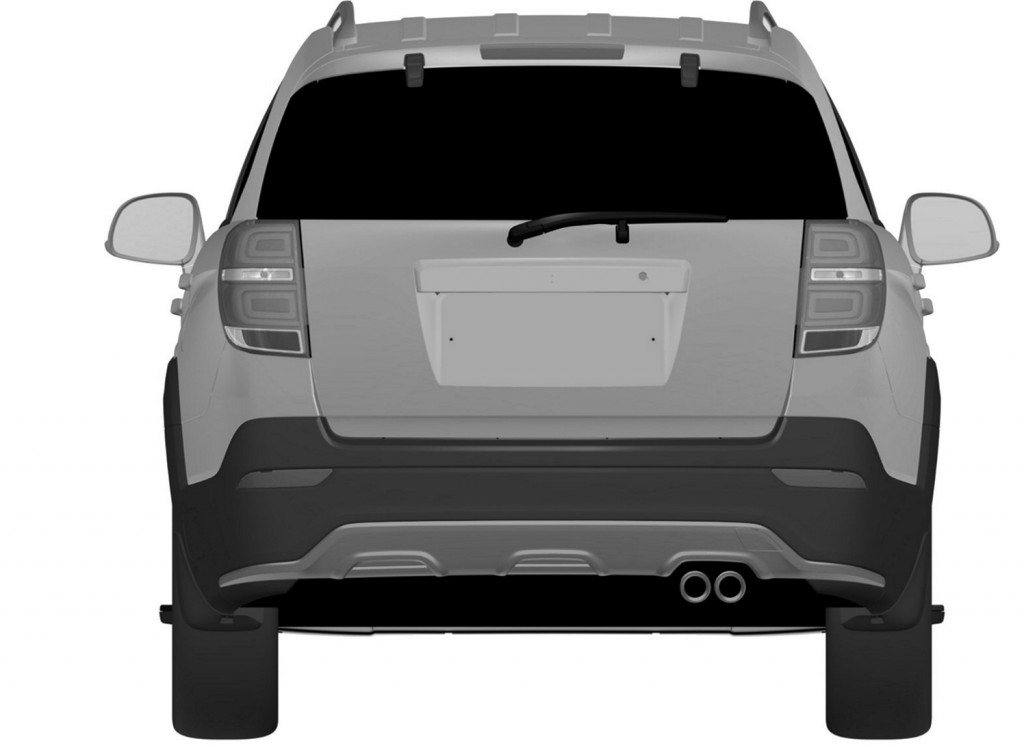 To note, Captiva rides on an updated version of GM’s Theta platform shared with the second-generation Chevrolet Equinox. On sale in various international markets under the Chevrolet and Holden brands, the crossover straddles the compact and midsize segments from a size standpoint, while offering three rows of seating, a feature not offered by the North American-market Chevy Equinox. 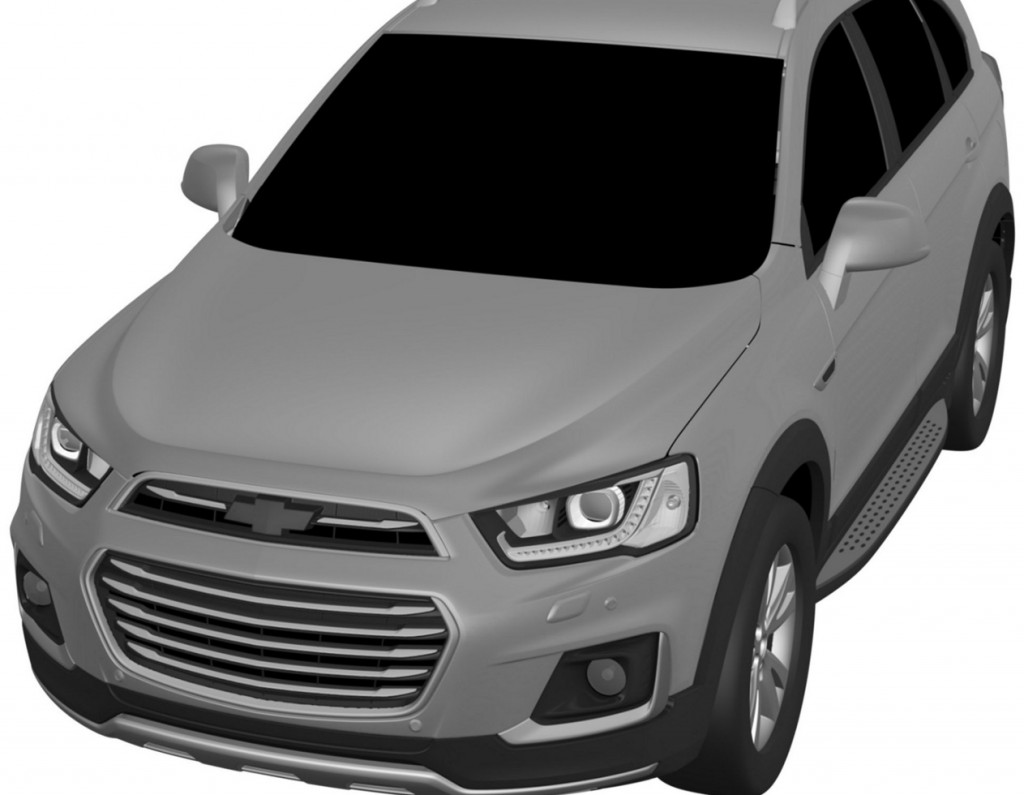 In addition, the Captiva pictured here and sold overseas is mechanically related but substantially different from the Chevrolet Captiva Sport sold in North America to fleet customers through the 2015 model year. The Captiva Sport was a rebadge of the second-generation Saturn Vue and was also sold as the Opel-Vauxhall Antara in Europe.

Even so, we expect the new crossover that slots between the 2017 Equinox and 2017 Traverse to bear no relation to the vehicle seen in these patent illustrations… though we wouldn’t mind it if it did, as the international-market Captiva is quite attractive.