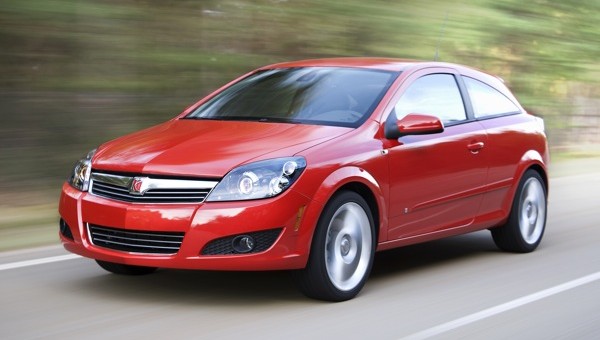 General Motors has announced plans to recall certain Saturn and Saab vehicles as part of a wider recall of over 5 million cars with potentially-defective airbag inflators produced by Takata Corporation.

The defect: affected vehicles have airbags with potentially-defective Takata PSDI-5 front driver-side airbag inflators. Upon deployment of the driver’s frontal air bag, excessive internal pressure may cause the inflator to rupture.

The hazards: in the event of a crash necessitating deployment of the driver’s frontal air bag, the inflator could rupture with metal fragments striking the driver or other occupants resulting in serious injury or death.

Injuries or deaths: no injuries, deaths, or inadvertent airbag ruptures in these have vehicles have been reported. However, at least 10 deaths have been linked to Takata airbags, all but one of them in a vehicle from Honda.

Number of vehicles affected: roughly 200,000 units in North America, of which:

Owners should: customers looking to find out if their vehicle is included in this Saturn and Saab recall should visit recalls.gm.com. There, owners will be able to enter their Vehicle Identification Number (VIN) to see any open recalls as well as customer satisfaction programs. If the vehicle is part of the recall, customers should take it to a General Motors dealer.

Owners can also contact Saturn or Saab customer service with questions by using the following information.

In January, Takata announced that inflators in over 5 million vehicles were defective, and that these vehicles should be recalled. The issue spans the industry, as just last week, German carmakers Volkswagen AG, Daimler AG and BMW each recalled about 850,000 vehicles with the same inflator as the vehicles in the GM recall.

General Motors owned Saturn and Saab in the run-up to its 2009 bankruptcy, after which it shuttered the Saturn brand and sold Saab.