General Motors has filed an application to register AT4X as a trademark with the United States Patent and Trademark Office (USPTO), GM Authority has discovered.

GM Authority exclusively reported that General Motors filed a similar trademark application for AT4 in November 2015. 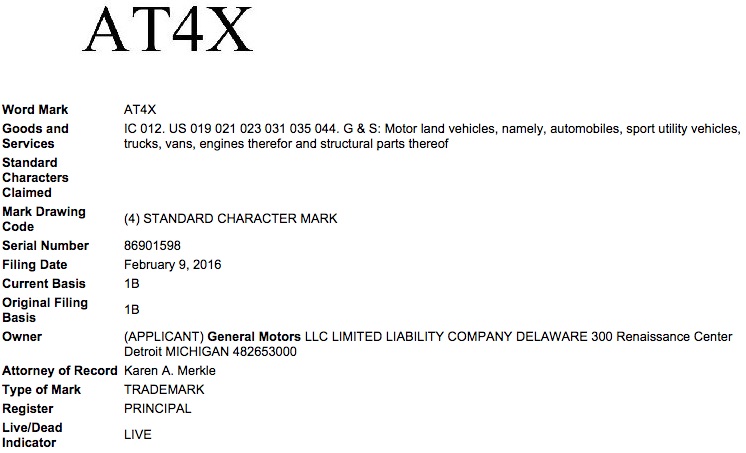 We would wager that AT4X will end up being the all wheel-drive (AWD) or four wheel-drive (4WD) variant of whatever model the AT4 becomes. So now the only question is, what is the AT4?

Upon discovering the AT4 trademark last year, we posited that the name seems at home for a Cadillac vehicle, despite not exactly fitting in with the brand’s recently-adopted vehicle naming scheme, which is centered around CT# for cars and XT# for crossovers.

What vehicle, if any, do you think the AT4 and AT4X names will end up being used on? Talk to us in the comments just below.