The Opel GT concept’s public debut is nearly upon us. Opel will bring its future-forward sports car concept to the 2016 Geneva Motor Show, but today, the brand has highlighted one of the greatest assets the car possesses: its interior cockpit.

Much like the exterior, the interior design was crafted with minimalistic ideals, something Opel calls “pure elegance and athleticism.” Upon taking a seat inside the Opel GT, it’s evident the driver is of focus. The door’s low belt line enables a casual arm position, great for cruising, and visibility is open from every angle thanks to slim A-pillars.

“Sculptural artistry meets German precision” is alive and well here. The small details are not overlooked, evident in things such as the sculpted “GT” logos in the aluminum air jets inside. Finally, the steering wheel’s spokes have been crafted to resemble the original GT of the 1960s. 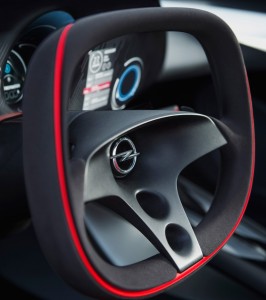 The instrument panel was designed to replace any button with a touchscreen input, and the center stack has been positioned to seem as if it’s floating, a crafty trick of it becoming a structural element of the A-pillars and windshield.

Speaking of touchscreen input and the lack of buttons, Opel designed the interior to operated with a “Human Machine Interface”, or HMI. HMI allows every single function of the car to be operated via voice control. It’s your very own Opel artificial intelligence, one it calls the best co-pilot one could ask for. 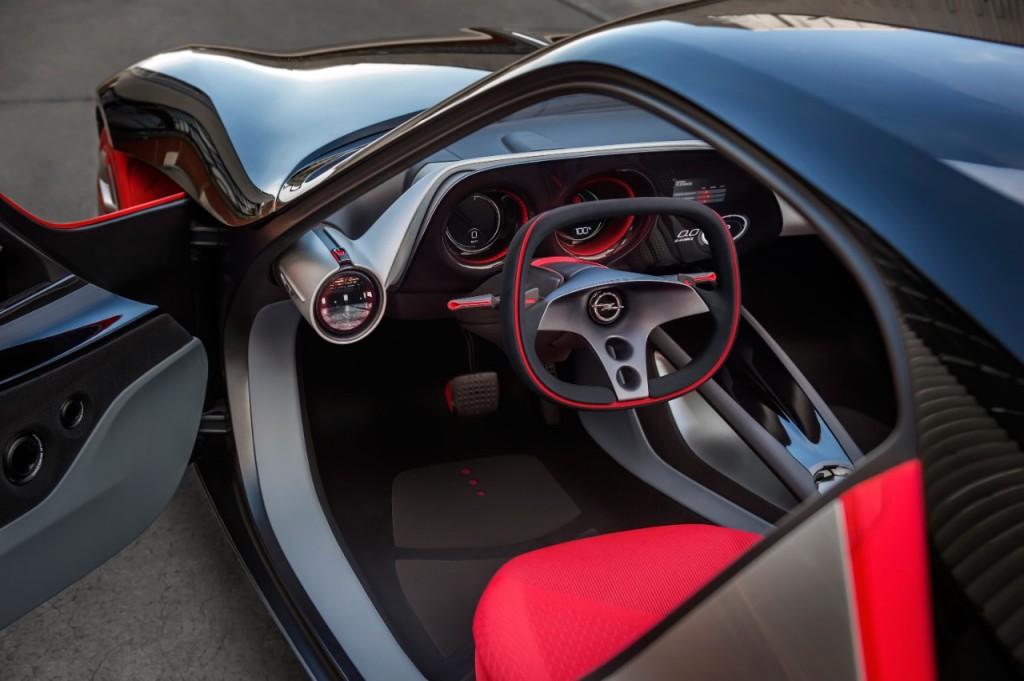 However, a round touchpad still allows for all functions to be scrolled through and found via touch input if you’re not up for chatting with the HMI.

HMI also tailors the driving experience, too. During a ride into to the office, the HMI tells the Opel GT concept to keep fuel consumption low, and emphasize efficiency. But, when the day is done, HMI reads driver behavior, and tells the engine, transmission and more to come alive and are optimized accordingly for performance.

Opel states the entire experience is something the brand envisions for the future of sports cars. Unfortunately, the Opel GT doesn’t seem to stand much of a chance for production. We’ll keep on dreaming, Opel.