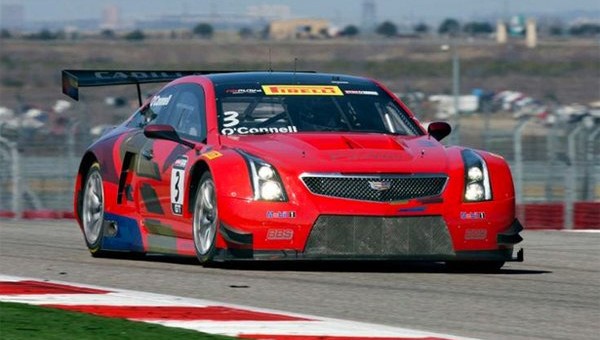 Cadillac Racing is celebrating Johnny O’Connell’s four consecutive Pirelli World Challenge championships with a special Velocity Red No. 3 Cadillac ATS-V.R for the 2016 season. O’Connell, who enjoyed a long tenure with Corvette Racing from 2001 to 2009, is nicknamed ‘Johnny Red’.

Fans of Johnny (or fans of the color red) will be equally pleased to hear that Cadillac has decided to make the special Velocity Red hue available on the performance models from its ATS lineup for 2016 – taking the ATS-V one step closer to the GT racecar that gives the car its racing pedigree.

“Always sharing our excitement with customers, dealers, and fans, Cadillac will now offer Velocity Red exterior paint on 2016 Cadillac ATS Coupe, ATS-V Coupe, and ATS-V Sedan models. We congratulate Johnny on his exceptional performance and wish all racers a safe and exciting 2016 season.”

O’Connell joked that the color will “go good with his hair,” and that he can’t wait to see a Cadillac Racing fan in one come season.

“My number three will have a distinctive on track look. What makes it extra special is that the color will also be available on production cars as well. I can’t wait to see the first one pull into one of our Cadillac Corral events this summer.”