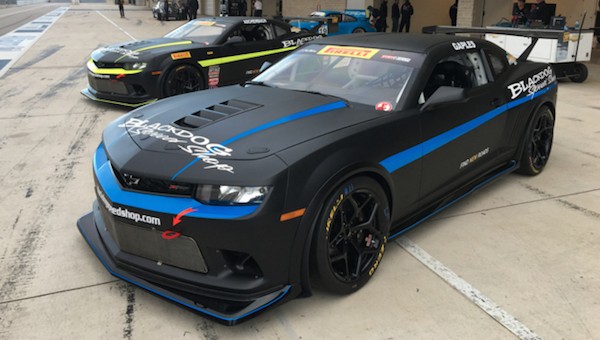 The fifth-generation Camaro may have gone the way of the Dodo Bird, but the Camaro Z/28.R remains alive and well in the racing world, with Blackdog Speedshop announcing a two-car Z/28.R effort in the Pirelli World Challenge GTS class for 2016.

Blackdog’s first test of 2016 was schedule for today and yesterday at Circuit of Americas, the same venue where the 2016 Pirelli World Challenge season will kick off on March 5th. The team will be in for an additional challenge this year with several new makes in the series, but their high expectations remains, Gaples said.

“The landscape in GTS is going to look different in 2016 with several new makes coming into the series,” said Gaples.

“I’m excited to get back on the track and compete against the new hardware. Our Blackdog Speed Shop team knows the kind of effort it takes to be winners at this level, so we will be fully ready for this massive challenge.”

Aschenbach echoed Gaples’ statements in regards to the new cars in the series and is also confident in he and the Camaro’s ability to be just as competitive as they were when he won his GTS championships in 2013 and 2014.

“The class has many new cars and faces this year. I have no doubt every team has done their homework during the offseason and will be ready for COTA in March. The competition will be tough, but I’m very confident in Blackdog Speed Shop.”