Not only has the 1LE package returned to the sixth-generation Chevrolet Camaro, but this time around, it’s taken everything loved about the nameplate, and dialed it up to eleven. Chevrolet has graced the Windy City with the 2017 Camaro 1LE.

For the fifth-generation Camaro 1LE’s true successor, there is plenty to love, and plenty to make a Shelby GT350 very scared. Of course, power comes from the 6.2-liter LT1 V8 engine, but that isn’t wear the magic starts here. The 2017 Camaro 1LE SS begins with the addition of Magnetic Ride Control and an FE4 suspension tuning coupled with a new, 1LE SS exclusive eLSD (electronic limited-slip differential). Paired with utterly monstrous 285/30ZR20 front and 305/30ZR20 rear Goodyear Eagle F1 tires, Chevrolet states the 2017 Camaro 1LE SS will have no issues pulling over 1G in lateral acceleration. 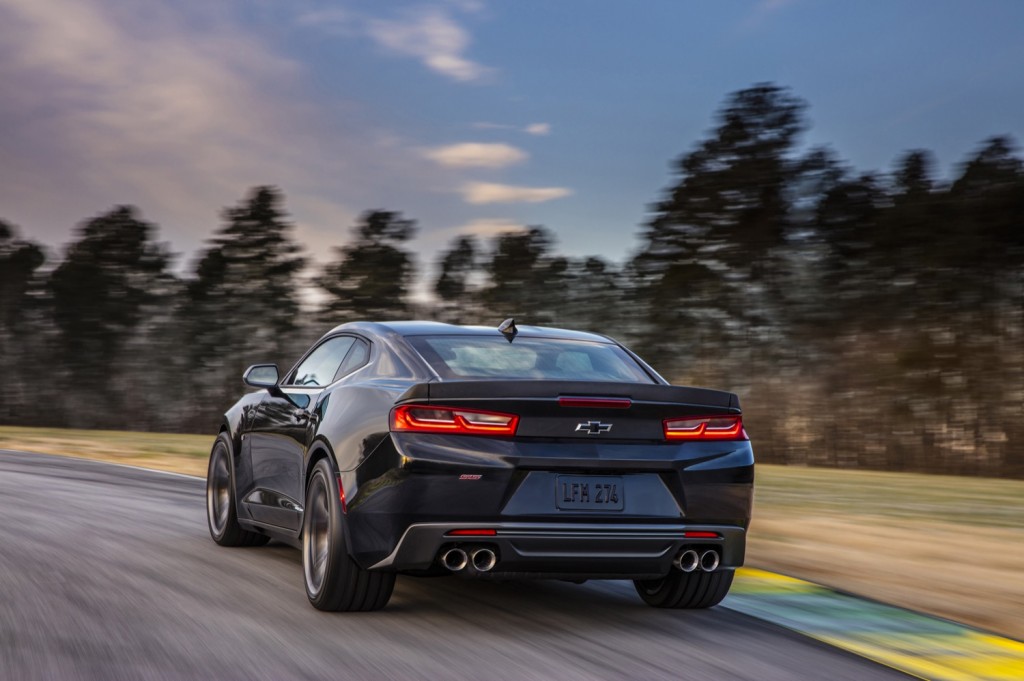 Recaro seats are standard at the 1LE SS trim, and the optional Performance Data Recorder remains ready to record blistering lap times around a favorite circuit. The 2017 SS 1LE sets itself apart stylistically with unique 20-inch wheels and a satin black hood, front splitter and a unique three-piece spoiler. Other notable features of the 2017 1LE SS include the following:

The entire package came together masterfully, according to Chevrolet, where the 2017 Camaro 1LE SS shaved three-seconds off a standard sixth-generation Camaro SS at the Big Willow course at Willow Springs.

Oh, and flappy-paddle gearbox lovers need not apply – the 2017 Chevrolet Camaro SS 1LE  will be offered only with a six-speed manual gearbox.

Chevrolet will begin availability of the 1LE package in late 2016 as the Camaro transitions to the 2017 model year, with pricing to follow at a later date.