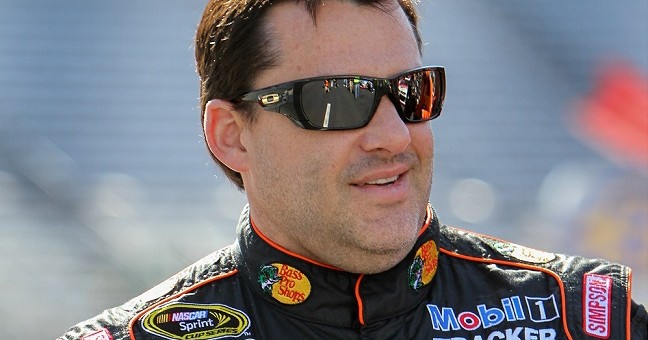 With Tony Stewart set to retire at the end of the 2016 NASCAR Sprint Cup Series season, many are expecting him to turn his attention to his race team, Stewart-Haas Racing. And while the 44-year old will likely compete in other forms of racing and spend more time working with his team post-retirement, he recently told Racer he has no plans on contesting the Indianapolis 500.

made the switch to NASCAR he was the 1997 Indy Racing League champion. However he was never able to win the Indy 500, which along with him stating he wants to explore other series prompted some to think Stewart-Haas racing might field a car in the 500. Stewart says he’s already busy enough, though, despite the undeniable allure of Indy.

“[Indy] still has a magnetic pull, but I don’t know where I’m going to fit it into that equation,” he added. “It’s still a blank spot on the top of my to-do list. I wish I was 40 pounds lighter and 15-20 years younger so I could go back and really … the thing about Indy is, it’s so competitive now. You can’t just come in in the month of May and expect to outrun the guys that are running there full-time. It’s a compliment to that [IndyCar] series that it has come such a long way.”