The General Motors Board of Directors has announced that it has elected Mary Barra as its next Chairman. The decision, which is effective immediately and was voted on unanimously, will have Barra perform the CEO and Chairman (err… chairwoman?) roles. Barra has held the CEO post since January 15th, 2014.

Meanwhile, Tim Solso, who has been serving as the company’s chairman, will stay on as Lead Independent Director, thereby bringing an end to a non-executive chairman structure. 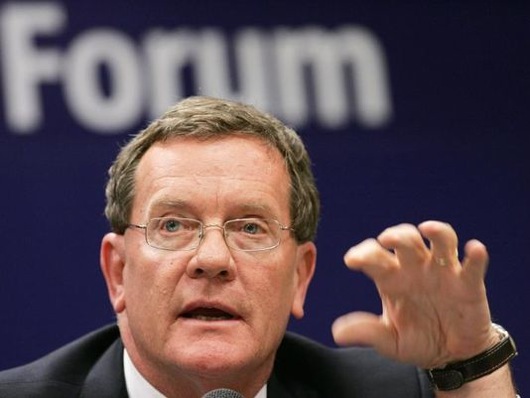 “At a time of unprecedented industry change, the Board concluded it is in the best interests of the company to combine the roles of Chair and CEO in order to drive the most efficient execution of our plan and vision for the future,” said Solso. “With GM consistently delivering on its targets and on track to generate significant value for its shareholders, this is the right time for Mary to assume this role.”

Solso expressed that over the past two years, Barra has:

“The Board has improved the overall governance of the company over the past two years and as Lead Independent Director, I expect to continue to build on this solid foundation,” Solso said. “The Board also plans to broaden its active engagement with shareholders as we go forward.”

“I am honored to serve as Chair of the Board of Directors,” said Barra. “With the support of our Board, we will continue to drive shareholder value by improving our core business and leading in the transformation of personal mobility.”

Prior to being named CEO in 2014, Barra served as executive vice president, Global Product Development, Purchasing & Supply Chain since August 2013 and senior vice president, Global Product Development since February 2011. In both of these roles, she was responsible for the design, engineering, program management and quality of GM vehicles globally.

Prior to that, Barry served as:

And before that, she also held several engineering and staff positions.

In 1990, Barra graduated with an MBA from the Stanford Graduate School of Business after receiving a GM fellowship in 1988. She began her career with GM in 1980 as a General Motors Institute (Kettering University) co-op student at the Pontiac Motor Division. She graduated with a bachelor’s degree in electrical engineering in 1985.