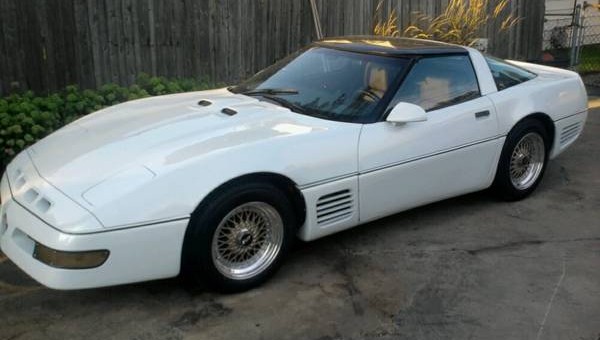 A Chevrolet Corvette that has been reworked by Callaway is a car many would dream of having, and the C4 is the least desirable generation for the Corvette. So what does that make a Callaway C4 Corvette?

According to this Craigslist ad, it makes them cheap – at least this one anyway. For less than $6,000 you could have a head-turning, respectable sports car. For what it’s worth, the Hagerty Car Values tool lists a “good” condition stock 1985 Corvette at $6,600. That said, we’ve seen plenty of C4s on Craigslist with asking prices well under $3,000 – and that’s in running condition.

So, here’s the rub. The seller states the transmission doesn’t go into overdrive, the speedometer is no longer functioning, the dome light switch on the dash sometimes won’t shut off, and the exterior of the car is marred, showing the Corvette’s age. It could be a transmission swap away from decent running condition, or it could have a bunch of other headaches to go along with the already known problems. With this price, we’re sure someone is willing to want to find out.

At what you could call more than double the price of the cheapest Corvettes on the CL market, you could take home a sort-of running Callaway Corvette. With some work, you could probably flip the C4 for a profit, or make it your own and give your car buddies something to gawk at.