Here we have the official images, and first official details from Chevrolet itself on the brand’s first purely electric vehicle.

“We were given a blank canvas – a rare opportunity with a unique platform to recast EV design for customers across the spectrum,” said Stuart Norris, managing director of Design. “The team answered the challenge with a progressive design distinguished by dramatic graphics and exceptional passenger space.” 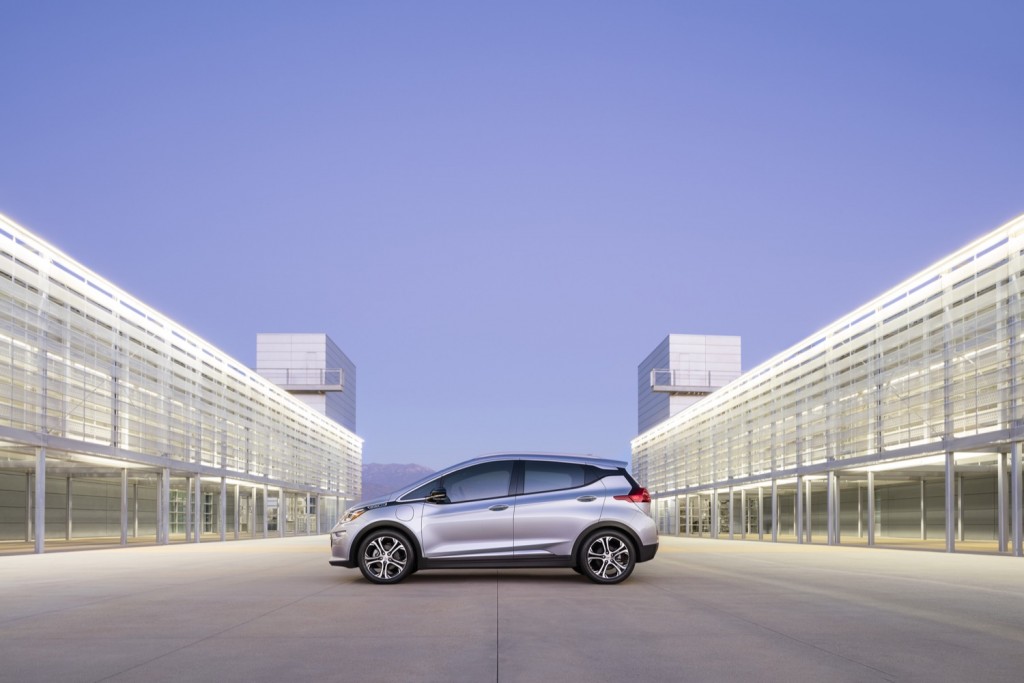 The 102.4-inch wheelbase houses a wide stance, but the overall footprint reads like a compact crossover, with SUV-like seating positions, something consumers should liken to. Chevrolet also said it designed the 2017 Bolt EV with large windows and a steeply raked windshield to emphasize a “bright airy feel.”

In the rear, the window glass extends all the way to the license plate and integrates with LED taillamps on the liftgate. By integrating the taillamps into the full-width lift gate, the Bolt EV’s architecture enables a wide opening, something consumers should also appreciate.

Inside, a floating center console (paired with Electronic Precision Shift) maximizes leg and knee room, while a multipurpose connected center console houses a wireless charging location and a sliding armrest covering a storage compartment large enough to store a tablet device, according to Chevrolet.

“The flat-pack orientation offered the flexibility to make the most of the proportions while creating a clean, sculpted design,” said Norris. “This really opened up the interior and created a fantastic view from every seating position. All of this additional space gave us a lot of opportunities to play with creative design and storage solutions.”

Chevrolet did not confirm the range of the 2017 Bolt EV, but GM CEO Mary Barra did reiterate at least 200 miles on a single charge and a price of around $30,000 during the live reveal.

We hope to learn more about the 2017 Bolt EV at the 2016 North American International Auto Show next week. Until then, we may be looking at the Ford Model T of the electrified generation.