Grace Lieblein, General Motors’ Vice President of global quality, will retire at the end of this month. The 55 year-old engineer-turned-executive has held the post for roughly a year and has been instrumental in the automaker’s effort to improve its relations with its suppliers over the last several years.

As reported by Auto News, Lieblein’s retirement was publicized in an internal GM memo, which also stated that her successor will be announced “at a later date.” A GM spokesperson confirmed to Auto News that Ms. Lieblein will retire by the end of December. 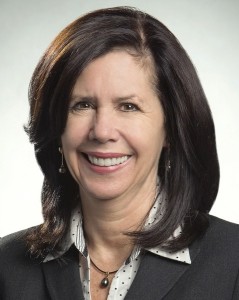 As AN points out, Lieblein is one of the highest-ranking women at General Motors and is also a close advisor and confidant of CEO Mary Barra, with the two having progressed together through GM’s engineering ranks. Lieblein assumed responsibility for quality roughly a year ago, reporting directly to Barra. Shortly after assuming the post in 2014, Lieblein was challenged by a series of 84 frenzied safety recalls affecting roughly 30 million vehicles. One of these recalls was the now-infamous faulty ignition switch defect that has been associated with 124 deaths that will cost GM at least $595 million in settlement payouts along with federal fines.

“Whether launching new vehicles, running global operations or driving home quality for our customers, Grace has always built and led high-performing, results-driven teams,” Barra said in the memo. “Throughout her career, she has sought out and accepted tough assignments” and “challenged the status quo.”

GM states that Lieblein’s retirement has been planned for a long time. Even so, it will result in the automaker’s fourth quality executive in four years. Lieblein succeeded Alicia Boler-Davis, who assumed greater responsibility of GM’s customer experience department by taking over the Global Connected Customer (GCC) unit when Mary Chan left GM, thereby establishing the new Global Connected Customer Experience (GCCX) unit. Boler-Davis had been responsible for GM’s quality since mid-2012.

Lieblein’s performance in the quality position was seen as a stabilizing point, since GM’s safety protocols have come under an increased amount of scrutiny during GM’s 2014 recalls. GM’s safety activities will be under government oversight until 2017 under a consent decree entered into last year with the National Highway Traffic Safety Administration as part of  GM’s admission that it mishandled the ignition-switch recall.

Prior to taking on the quality role, Lieblein headed GM’s immense purchasing division from 2013 through most of 2014. The division buys approximately $100 billion in parts and materials annually. Lieblein implemented several noteworthy improvements, including a system that issues contracts for multiple vehicle generations to those suppliers who hit certain cost targets.

She also won the respect and goodwill from suppliers in 2013 by changing certain controversial elements of GM’s then-new supplier contract framework. Certain parts of the contract led many suppliers to believe that GM was favoring a relationship that exposed them to higher costs related to warranty and recalls. Despite stating that the terms were being misinterpreted, Lieblein removed them from the contract to subdue supplier concerns, while admitting that the terms were “a misstep.”

Lieblein also instituted a new system called Strategic Supplier Engagement (SSE), the purpose of which is to stimulate closer ties to its largest and most strategic suppliers. SSE offers various benefits like better access to GM purchasing executives and opportunities for joint strategic planning to those suppliers who are openly communicating, technology sharing and other positive aspects of the relationship between the purchaser and supplier.