General Motors has filed two applications to register “REGAL TOURX” and “TOURX” as trademarks with the United States Patent and Trademark Office.

These filings are intriguing, to say the least. TOURX sounds like a play on the words Touring and X (cross), while Regal is Buick‘s midsize sedan. Therefore, Regal TourX would appear to be a fitting name for a wagon variant of the Regal. If the Regal TourX becomes the name of the Buick Regal wagon, then the model will be nearly identical to the Insignia Sports Tourer (wagon) marketed by GM’s European subsidiary, Opel-Vauxhall, across Europe. Indeed, rumors of the Opel-Vauxhall Insignia Sports Tourer making its way to the U.S. as a Buick have picked up in August of this year. Another possibility for the Regal Tourx name is for a “ruggedized” version of the Insignia Wagon on sale in Europe (except for the UK) by Opel as the Insignia Country Tourer.

Both the 2017 Buick Regal and 2017 Opel Insignia are expected to receive complete overhauls (re-design and re-engineering) for the 2017 model year, thereby becoming all-new vehicles. To note, if the TOURX badge does, in fact, end up finding itself on a Buick Regal wagon, then the brand’s desire to keep the term Wagon out of the nameplate is understandable given the overwhelming unpopularity and negative stigma of the wagon body style in the United States, despite a small but loyal following. By contrast, wagons and hatchbacks outsell the sedan body style in Europe. 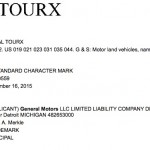 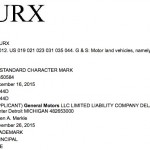