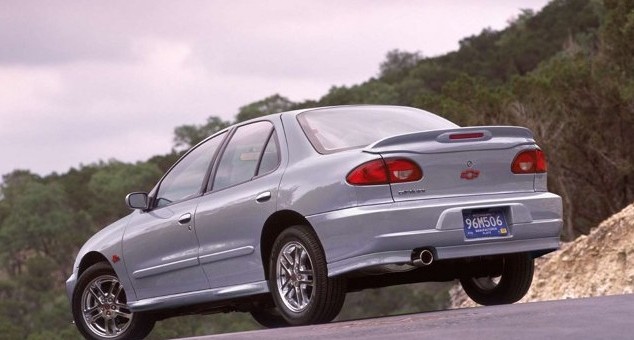 General Motors has filed two applications to register “Chevrolet Cavalier” and “Cavalier” as trademarks with the United States Patent and Trademark Office.

Roughly three months later, on December 22nd, 2015, the USPTO approved the filings for publication in its gazette, one of the steps in the trademark registration process.

These filings make us ponder GM’s plans for the Cavalier name. The moniker was last used on a compact Chevy between 1982 and 2005, at which point it was replaced by the Cobalt and, subsequently, by the Cruze.

But before we go any further, we feel a dire need to state the following: it is extremely unlikely that GM is filing these trademark applications “just to have them for the future” or “just to protect themselves”, as we’re sure many would assume at first glance. While doing this was possible in the past, it is not feasible today due to changes in trademark law that require applicants to have a real-world product or service using the name being solicited in the trademark application. In fact, trademark applicants must prove to the USPTO that they already have or plan to have a product or service with the name being applied for on sale. All that is to say that it is almost impossible to successfully register a trademark without having a tangible product or service by the name being applied for. (Those looking to understand more on this topic should look up the USPTO’s Statement of Use). 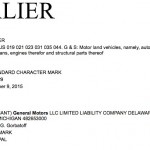 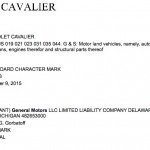 With that in mind, notice that these trademark applications cite goods and services of “motor land vehicles”, rather than toys, model cars, floor mats, or something else that would suggest that the trademark in question is for a product other than an actual motor land vehicle. That leads us to conclude that there is a significant possibility of GM resurrecting the Cavalier name for a future Chevrolet vehicle. What vehicle the name could be used for, however, is a head-scratcher.

That’s because the Cruze, by way of Cobalt, has successfully replaced Cavalier as Chevy’s compact car, Sonic has replaced Aveo, and Spark has sprung up to label Chevy’s city car, not leaving much room for Cavalier. Moreover, it would seem highly unlikely that Chevy will replace one of those nameplates with Cavalier. As such, our best guess as to how GM will use the Cavalier name is two-fold.

Of course, none of the above will apply if GM decides to abandon the trademark process for Cavalier altogether. But that’s yet to take place.

So, what use do you think GM will have for the Cavalier name? Let’s discuss in the comments below.