The optional package was available for the 2015 ATS Sedan (at $1,695) and 2015 ATS Coupe (at $600), the Midnight Edition offered blacked-out components such as window trim, wheels, front grille, and rear accent, plus several interior components such as the microfiber shifter, steering wheel, and the cold weather package. While the majority of the options could have been obtained as standalone options or accessories, it was the blacked-out window trim (also known as daylight opening window moldings, or DLO) and blacked-out 18-inch wheels that made the car unique. Neither equipment is no longer available, either as a standalone option or accessory for 2016.

However, Cadillac continues to offer the Black Sport Appearance Package on the 2016 ATS. The $3,870 package essentially consists of gloss black wheels, grille, and rear molding accent that are otherwise available as standalone ATS accessories. More importantly, the Black Sport Appearance Package does not offer the blacked-out window moldings that were offered by the ATS Midnight Edition.

The move to discontinue the Midnight Package is disheartening to many ATS enthusiasts that have written in to us about this. But what may be even more sorrowful is that the ATS is now the only compact sport-luxury vehicle (among full-line luxury automakers) to not offer blacked-out elements like window moldings, making the model less competitive in the marketplace. By comparison, ATS’ direct rivals from BMW, Audi, Mercedes-Benz, and Lexus all offer black-out packages, which have been becoming more popular in the sport-luxury space, especially among younger buyers.

We reached out to Cadillac for comment and were pointed in the direction of the Black Sport Appearance Package, despite it being significantly more expensive than the Midnight Edition while offering significantly less content. Unfortunately, the black window moldings are not even available as Cadillac accessories, despite being standard on the 2016 ATS-V, including the ATS-V Sedan and ATS-V Coupe. 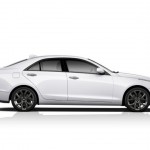 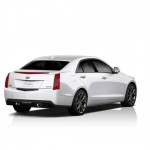 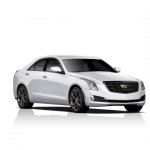 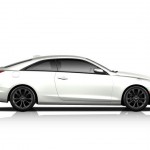 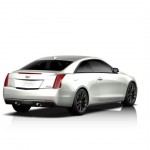 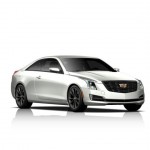 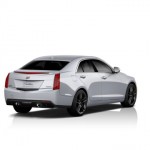 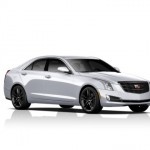