The guiding light of powertrains for Cadillac of yore: the Northstar V8 engine. There’s a reason Cadillac and General Motors said adios to the engine years ago but, for some time, it was a signifier for the brand.

In 1999, however, Moslerby Mosler decided to double down on the Northstar V8 and create something quite unique. What you see above is a 16-cylinder, all-wheel drive Cadillac Eldorado. Yes, there is one Northstar V8 under the hood, and one Northstar V8 in the trunk to power the rear wheels. 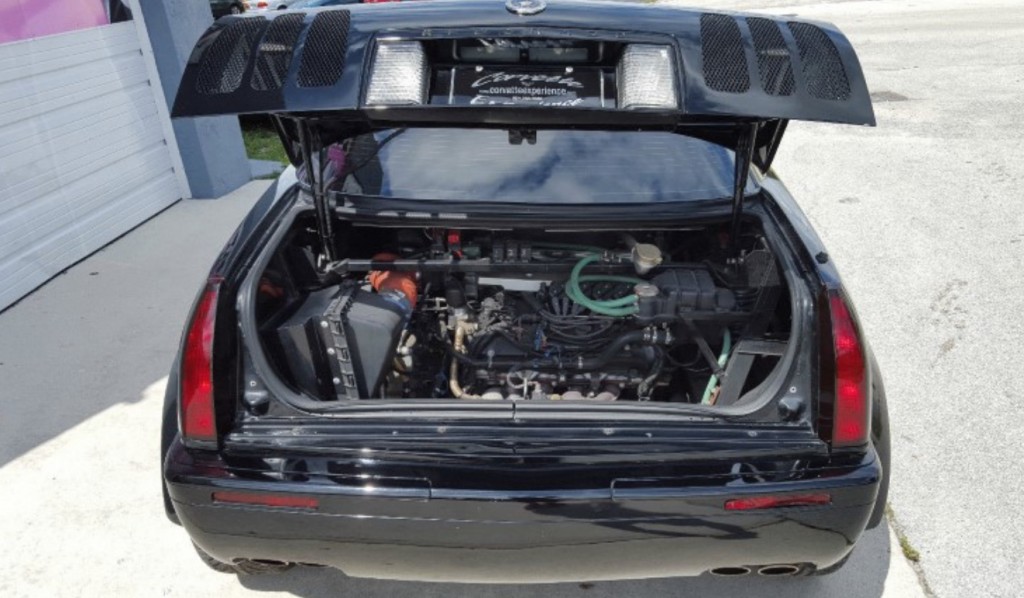 This means all four wheel are being powered at the same time, and receive a combined horsepower rating of 575 ponies. And, if this sort of thing gets you going, you’re in luck because it’s heading to auction.

According to DPC Cars, the 1999 Eldorado was owned by the late Clarence Clemons, saxophonist of Bruce Springsteen’s E-Street Band. The Eldorado, dubbed a “Twin Star” model, is only one-of-five ever produced by Moslerby Mosler, and the engines reportedly work in sync like a charm.

If you pull the trigger on this nearly one-off creation, you can rest easy knowing a second copy is owned by none other than Jay Leno.