Roadster Shop whet our pallets back in August, spilling it had taken delivery of a 2015 Chevrolet Colorado, and was ready to put together something wild, and no compromise, for the 2015 SEMA Show.

Well, here we have it, and Roadster Shop wasn’t lying. This is the 2015 Colorado Prerunner.

RS says it took the “no comprises” statement seriously, and it shows. Gone is the original engine sitting under the hood and, instead, a dry-sump 7.0-liter LS7 V8 engine making 730 hp is powering this bad boy, paired to a 4L80E transmission. But, the concept doesn’t rely on the fact this is most likely the only LS7-powered Chevy Colorado in existence.

The tuning shop has crafted a full-blown custom suspension for the 2015 Colorado Prerunner with 22-inch front and 27-inch rear travel, and a Curie Full floater nine-inch rear end.

As if all of that custom work isn’t enough, the 2015 Colorado Prerunner benefits from 4130 front arms, spindles and trailing arms, Fox racing 2.5-inch diameter coils and 3.5-inch series bypass with 2.5-inch bump-stops and Wilwood six-piston front and rear brakes.

Roadster Shop, we have merely one question: when can we take this bad boy off-roading? 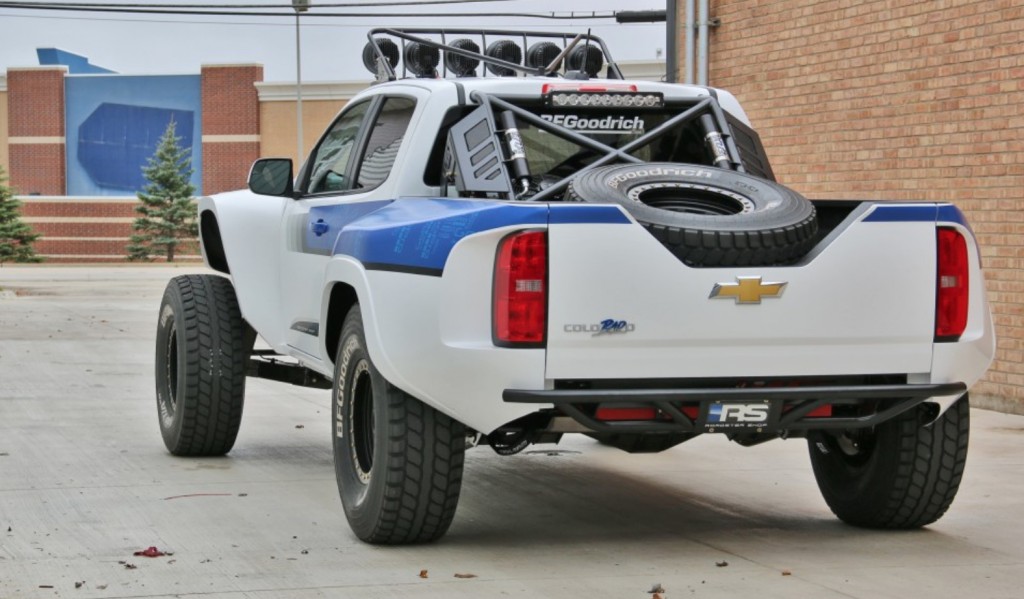